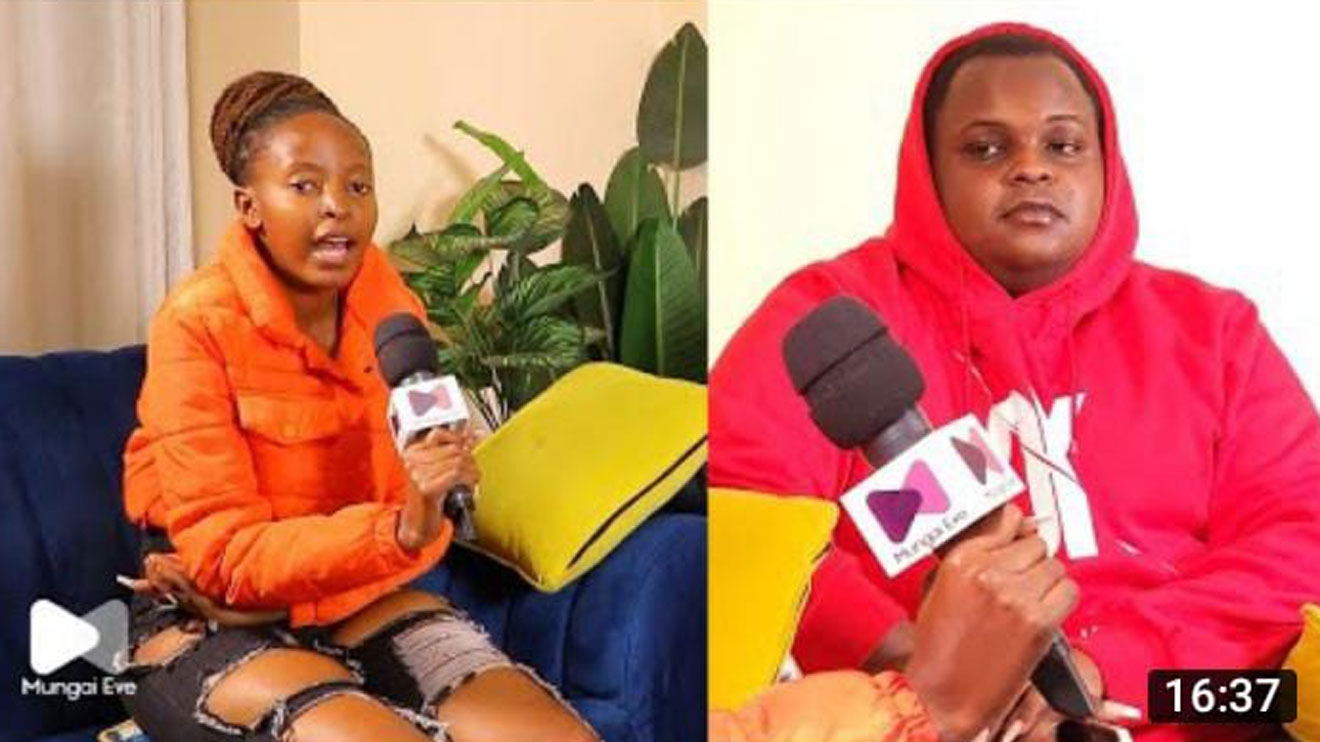 Mungai Eve, renowed YouTube content creator, had a tense interaction with her followers after she went on camera wearing an attire that didn’t exactly please them.

After releasing a video of an interview with TikToker Kevin Kinuthia on her YouTube channel, the content producer encountered problems with her followers.

Her fans criticized her for dressed indecently, with some even alleging that she is trying to attract the wrong type of attention. Many of her supporters’ focus was diverted from the interview to her choice of dressing.

Eve may be seen in the video wearing a pair of excessively ratty pants that expose a lot of skin and leave very little to the imagination.

The video was edited by blurring Eve’s bare thighs after the online outcry. However, several of her supporters felt that this just served to highlight the fact that she was uncomfortably dressed.

Here are a some of the remarks made about the video:

“Guys let’s extend grace to Mungai Eve. I don’t think she meant any harm with her dress code. She just made the wrong choice like we all sometimes do in our lives. She’s human and will make mistakes. Cha muhimu ni she has listened to her followers and even edited the video,” Pauline Githuka said.

“A polite piece of advice dear Eve, the trouser is stunning, however, not fit for the occasion dressed on. Don’t go gaga on your genuine supporters for you have a space in their hearts that’s why they will give you genuine peace of mind!” commented Fridah Kiage.

“That trouser Eve it’s a no no no remember you are inspiring so many youths, they look up to you… yaani wewe ni kioo cha jamii… u can be descent n still slay,” Get Inspired Feel motivated wrote.