Famous Kenyan actor Martin Githinji, often known as Daddie Marto, has announced that he and his wife are expecting their third child.

The County 49 actor explained why he never makes a big deal out of pregnancy announcements: “also, this is why we announce our pregnancies without fanfare.

It’s always really heavy on Koku Lwanga, who is currently hospitalized on drips coz nothing is staying down. Adulting and parenting. Wueh! But as you can see Upuss bado uko so anagalau hiyo ni dalili ako sawa.” 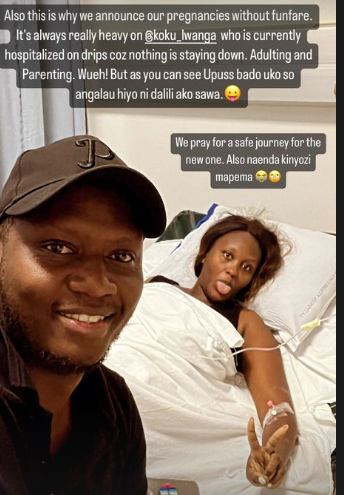 Adding, “We pray for a safe journey for the new one. Also, nanenda kinyozi mapema.”

Koku responded to the post on her Insta stories as she made a light moment out of it.