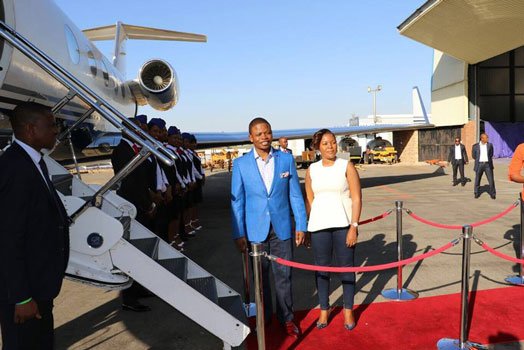 Self-proclaimed prophet Shepherd Bushiri on Monday announced the death of his daughter, who had been undergoing treatment at a Nairobi hospital.

“It is with deep sadness that I announce the passing on of my daughter Israella Bushiri. As a father, it was my desire to see her grow and serve the Lord. However, the will of God was for her to return back to Him,” he said in a post on social media.

Bushiri said she had always offered his wife Mary and himself “great comfort and enlightenment”.

“Israella was born during a time when my wife and I were going through great persecution, and she has lived her life witnessing what it means to fight and labour for the Lord despite trials and battles,” he said.

On Monday, Bushiri said a doctor told him that had she not been blocked at the airport the first time she tried to travel to Kenya for medical assistance, she would still be alive.

“It is very disheartening and sad, therefore, that my daughter has become a victim of the persecutions we are facing from SA,” he stated.

A letter from Malawi’s government allowed her to travel to Kenya to be treated for a condition that could be treated in the African country.

She had earlier been blocked from leaving Malawi, before the Malawi government allowed his daughter and three adults to travel abroad as they were not under travel restrictions.

In South Africa, Bushiri faces eight counts of rape, dating back to 2016.

He fled with his wife and sought refuge in Malawi after puling one of the greatest escapes a few days after they were granted bail by a South African court.

The couple forfeited their money and mansion in Centurion by violating their bail conditions which prevented them from leaving the country.

Their daughters were the first to leave South Africa before the cleric and his alleged partner-in-crime Mary escaped to Malawi in November last year.

They are also facing charges of theft, money laundering, and fraud in connection with an alleged Sh750 million (R100 million) investment scheme.