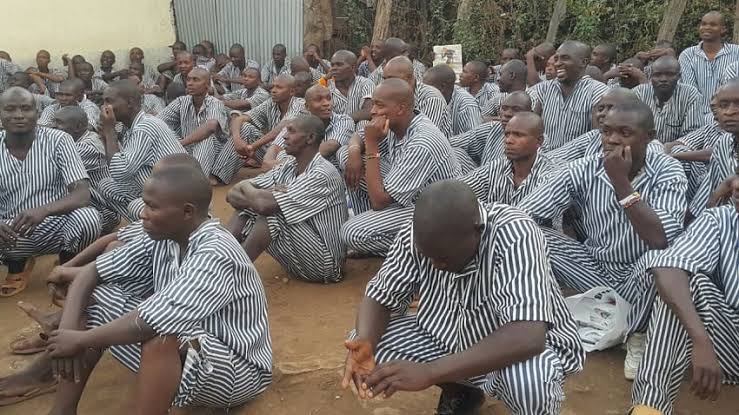 In Kirinyaga, police are searching for an ex-convict who hacked his mother to death over a land dispute.

On Sunday, the assailant, who was one of 3,908 petty offenders pardoned by President Uhuru Kenyatta during Madaraka Day commemoration, murdered his mother Grace Muthoni Ndambiri in the bathroom at Njoga village and fled.

Neighbors who responded to the distress calls discovered the elderly woman lying in a pool of blood and called the authorities.

Mwea East Sub-county police chief Daniel Kitavi said his officers acted quickly after receiving information about the gruesome murder and discovered the victim’s lifeless body inside the main residence, which they transported to Kibugi Funeral Home.

“The woman was fatally attacked as she had deep cuts in the head,” said Mr Kitavi. The suspect had been involved in a land dispute with his mother before the murder.

“The man who was released from jail after being pardoned by the President had been demanding a share of the family land from his mother and the duo used to quarrel.We suspect the man eliminated the old woman after she refused to meet his demand,” said Mr Kitavi.

Mr Kitavi, on the other hand, stated that investigations have begun to determine the true reasons why the suspect committed such a heinous crime.

He stated that authorities and people were working together to track down the culprit who escaped after taking his mother’s life.

Mr Kitavi said the woman was residing with his son after her teacher husband died after becoming ill.

The case is being regarded as murder, according to the police chief, and if the suspect is apprehended, he will be prosecuted with a capital offense.

Related Topics:Newspresidential pardon
Up Next