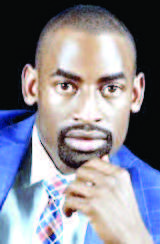 Police officers at Nairobi’s Riruta Police Station are on the spot following the mysterious death of a key witness in the murder case of car dealer Kelvin Omwenga (pictured).

An inquiry has been opened to probe the death of Wycliffe Omwenga, who was the star witness in the case in which fake gold dealer Chris Obure and his security guard Robert Bodo Ouko are charged with the murder of the car dealer.

Wycliffe was the younger brother to Kelvin, who was murdered in August 2020 over a fake gold deal that he was scheduled to seal in Dubai.

Wycliffe was the key witness in the case in which fake gold dealer Chris Obure and his security guard Robert Bodo Ouko are charged with the murder of the car dealer.

Detectives are now piecing together details to determine whether the murder of Wycliffe could be in any way related to the ongoing case against Obure and his co- accused.

An inquiry file has been opened at Riruta Police Station after the officers on the fateful day Wycliffe was murdered allegedly chased away his family who went to report the incident, and similarly declined to record it in the Occurrence Book (OB).

Wycliffe’s body was found in his house in Riruta on Wednesday July 21 with a “few bloodstains”.

His uncle Kennedy Ongwae said although they are yet to establish Wycliffe’s cause of death, they remain suspicious over the manner in which police officers at the station behaved.

“As a family, we are in shock given the mysterious death of Wycliffe which has happened less than a year since his brother was brutally murdered. We are seeking answers from authorities,” he said.

He said he had talked to Wycliffe on phone a day before his body was discovered and sent him to an insurance firm for some transactions.

“On Wednesday, he did not pick his calls, thus forcing us to send a bodaboda rider and my sister to his house who discovered the body,” he said. His body was found in his bedroom. The house was apparently locked from inside. Police said they are looking for an unidentified woman, who was allegedly seen leaving the house late July 20.

Officers at the station are now on the spot for failing to register the death as required by law. This was after the family said when they went to report the death, they were chased away from the station.

A team of detectives from the DCI headquarters has joined the probe into the death with an aim of establishing the motive. “He could have been killed by parties who have an interest in many issues at hand. And given the manner in which officers at the station acted, it raises many questions,” DCI boss George Kinoti said.

They had to beg the officers on duty to give them a note to show the caretaker of the five storey building where Wycliffe lived to be allowed to break into the house and remove the body.

Wycliffe was yet to testify in his brother’s murder case.

IN BRIEF
• Kevin Omwenga was to seal the gold deal in Dubai on the weekend he was allegedly shot dead.

• Gold dealer Chris Obure and his security guard Robert Bodo Ouko were arrested and charged with the murder.

Kevin’s younger brother Wycliffe Omwenga was a key witness in the murder case.