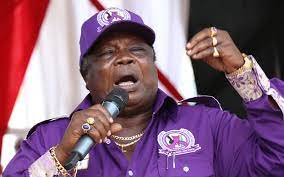 Central Organization of Trade Unions, Kenya is concerned about the rights and welfare of workers in the Gig economy.

COTU boss Francis Atwoli has called upon civil servants and workers to uphold the tenets of integrity and transparency in whatever responsibility and duty one is called to do.

Speaking at the ACK St Stephens Church Jogoo road before worker’s big day on Sunday, the outspoken COTU boss castigated leaders who use shortcuts in a bid to amass wealth through dubious illegitimate means.

“I want to assure you that hard work pays, you don’t have to steal, you can still become rich through hard work and dedication,” he said.

He said he is a living testimony narrating how he started working in 1967 and to date he can account for every penny he has in his possession.

He called upon Kenyans to make a wise decision come August 2022 and elect leaders with integrity.

His sentiments were echoed by the principal secretary of labor Peter Tum who highlighted the cordial relationship they’ve had to alleviate workers’ suffering.

He further assured Kenyans that the elections will be delivered appropriately.

“Kenya is going to be a winner in the forthcoming elections,” he said.

READ ALSO  Popular Kenyan Musician dies in US in unclear circumstances
Related Topics:News
Up Next