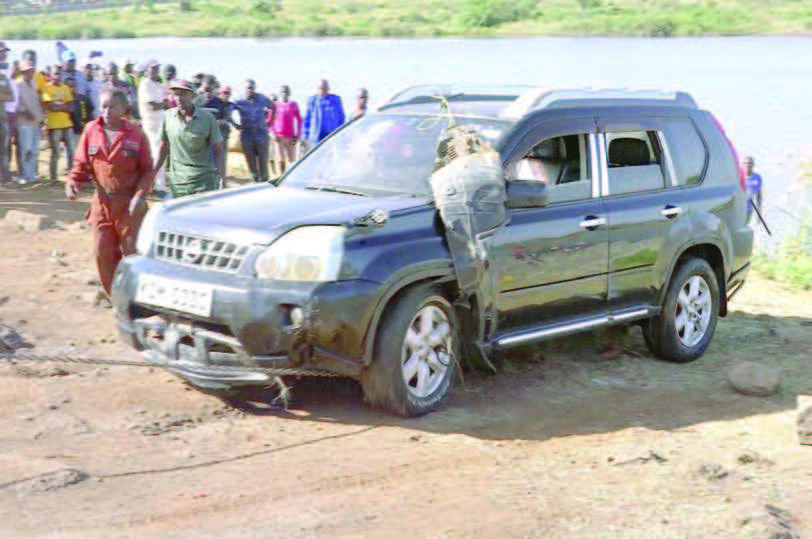 On Tuesday evening, a couple arrived at a popular picnic site near Toll area to have fun.

It is reported that they had drinks in their car which they had parked near the water.

It is reported that the couple was seen enjoying themselves for over an hour before an argument broke out.

It is then that the man then turned the engine on and put it in reverse. They drowned as the vehicle sank into the water.

Those nearby alerted divers in the area as attempts to rescue the two unidentified lovers increased.

Diver Martin Ngugi said they managed to retrieve the body of the woman on Tuesday evening but failed to locate the man and the vehicle.

Ngugi said: “We only managed to recover the body of the woman. It’s like she had tried to swim out and had moved towards the bank but unfortunately, she didn’t make it.”

On Wednesday morning, they were able to locate the body of the man. The car was also sighted. 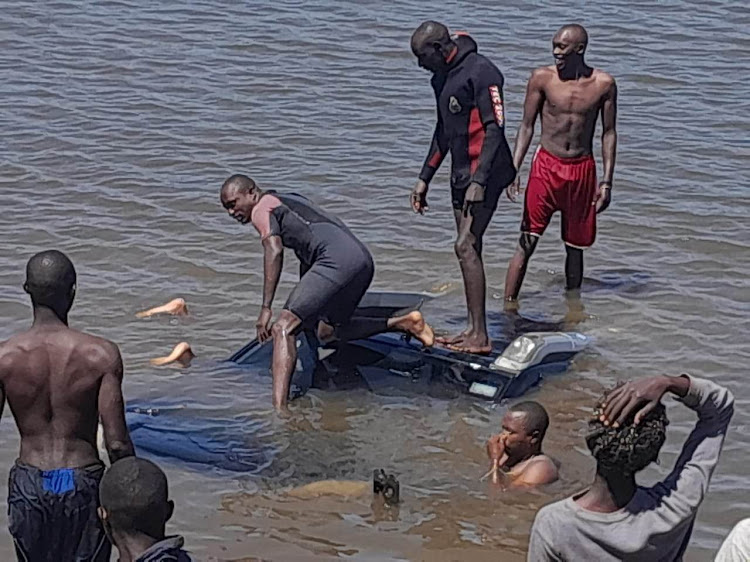 Divers retrieve the car in which a couple drowned at a dam in Juja, Kiambu county on Wednesday Image: JOHN KAMAU

Police are yet to establish who the two were and where they had come from.

READ ALSO  Autopsy:Journalist was hit at the back of the head & strangled
Related Topics:NewsToll Area
Up Next