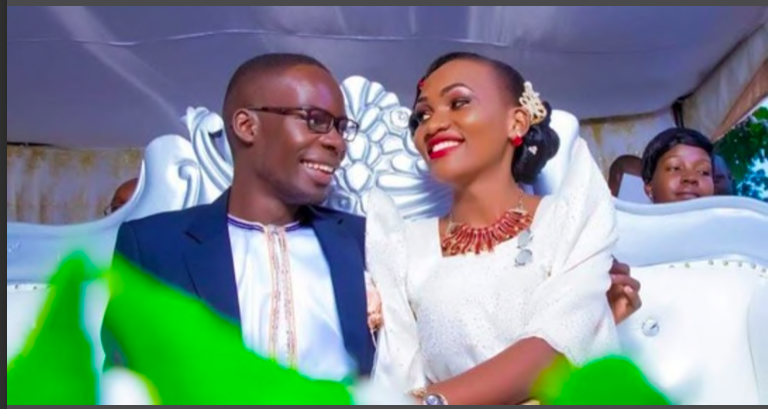 Staying pure until marriage nowadays is rare, but there are a few who still practise this. James Kiyingi and Racheal Namale are among the few who stayed pure until they walked down the aisle.

The Ugandan couple met in church a few years ago, and they decided not to have sexual intercourse until after marriage.

Kiyingi, 26, his better half Namale 24 fell in love after their first meeting and speaking in an interview with MyWedding, he said:

“To us, this was non-negotiable and one of the things I held with high regard. We also made it a point to always meet and pray, aware that the devil fights marriages.”

Although Kiyingi had found the woman of his dreams, his family members were not for the idea of him getting married. They claimed he was still young and had to construct a house first before thinking of settling down.

“Kiyingi had already told me about how his family felt about me, and I was not willing to take any disrespect from anyone or be bothered by their silence. All was possible because James protected me from them. He always encouraged me to stay positive and was willing to protect me whatsoever,” Namale said.

The lovebirds said they prayed a lot during their courtship time and hung out together to strengthen their bond.

“There was also room for fun and to celebrate each other’s company. We also sought out mentorship as it was very crucial for us in order to appreciate the subject of marriage better,” Kiyingi said.

After their introduction ceremony, they moved in together, and a week later, they walked down the aisle in a white church wedding.

“I’d highly discourage coitus before marriage. Waiting for the right partner and getting married first before having intercourse is the best thing you can do to your marriage,” he said.

READ ALSO  How I escaped from the jaws of crime and misery
Related Topics:James KiyingiNewsRacheal Namale.
Up Next