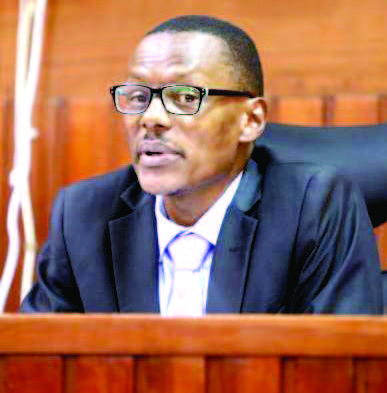 A 17-year-old teenager accused of defiling and getting pregnant with his 15-year-old girlfriend was cleared Wednesday in a Mombasa court by Senior Principal Magistrate Vincent Adet.

Senior Principal Magistrate Vincent Adet declared that punishing the boy alone for a childish love affair is severe and discriminatory while freeing the youngster (name withheld).

Instead of victimizing the kid, he argued, police and prosecutors in such circumstances should see the two minors as equal victims of the defiling offense.

Adet said: “In such scenarios, they are rather victims of the offence and should not be exposed to punitive legislative consequences. It brings to the fore, the propriety of the use of criminal law to prevent adolescents from engaging in consensual sexual intercourse among themselves.”

Senior Principal Magistrate went on to say that teenagers are not actually sexual predators but rather individuals experimenting and exploring their sexuality, unaware of the legal risks involved.

“In such scenarios, adolescent boys in variably bear the brunt of prosecution in cases where both victims are children; it is even exacerbated when out of the relationship, pregnancy is realised like in this case,” he said.

Adet further noted that the boy child would not receive justice in the matter before his court if he were to be found guilty of the defiling offense.

“The suspect in this matter is hereby acquitted of defilement contrary to section 8(1) as read with section 8(3) of the Sexual Offences Act as well as in the alternative charge where the accused is charged for committing an indecent Act with a child contrary to section 11(1) of the Sexual Offences Act pursuant to the procedural provisions of section 215 of the Criminal Procedure Code,” he stated.