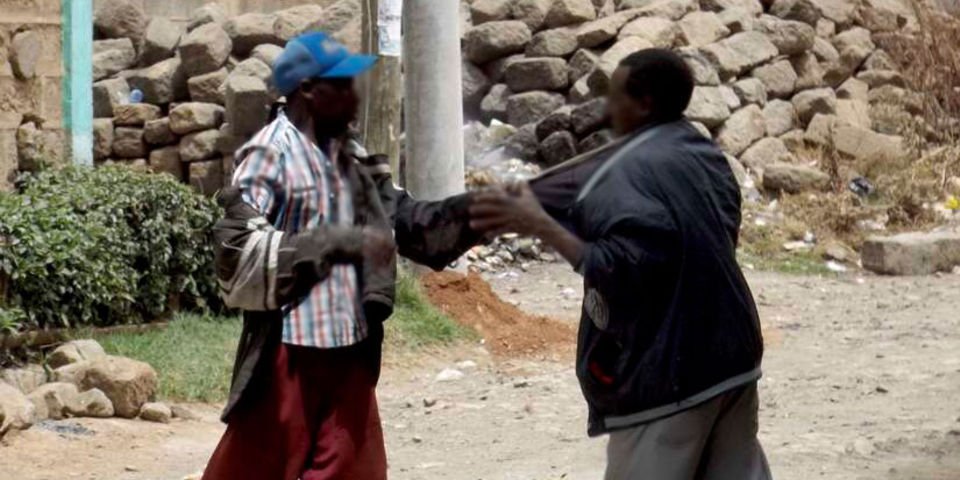 The Court of Appeal has set free a gravedigger who had been jailed for killing his colleague during a night fight in Ugunja, Siaya County.

The man was set free by after judges ruled that the murder was committed while both were drunk.

Caroly Owino Oluoch was set free after convincing the appellate judges that a High Court judge who handed him a 10-year jail term for manslaughter erred in law.

In his appeal, Mr Oluoch argued that the High Court failed to put into consideration the circumstances of the murder, including the fact that he was not in his right frame of mind when he killed his friend.

In their ruling, the appellate judges pointed out that the High Court judge failed to put into consideration a probation report that accompanied the suspect’s mitigation and thus set Mr Oluoch free unconditionally.

While arguing out his case, Mr Oluoch said that the lower court had failed to consider that he was a first offender, and that his family subsequently undertook to take care of the dead man’s family.

He convinced the appellate judges Patrick Kiange, Fatuma Sichale and Sankale ole Kantai to find that the High Court Judge misdirected himself in respect of the mitigating factors and arrived at a manifestly excessive sentence.

“Ultimately and inevitably, we find that this appeal has merit. We set aside the 10 year sentence, reducing it to time already served. We order that he be set at liberty forthwith, unless he be otherwise lawfully held,” they judges ruled.

READ ALSO  The Trip To The Beautiful City Of Miami.

The three said that from the record, “it is disturbingly clear that the learned judge failed to take into account and give due credit to the mitigation by the appellant’s counsel and the probation report from the Probation Services”.

The judges said the facts of the case showed that both parties were drunk and that the deceased was the aggressor, the same having been corroborated by the probation report which gave a detailed account of the events which led to the unfortunate attack.

The report described the appellant as a hardworking and honest individual who was considered to be the best mason in his community.

Mr Oluoch had been incarcerated since April 2015.

His predicament and that of the dead man, Charles Okumu Odero, is an unfortunate tale of two young men who fought under the influence of alcohol, leading to the death of one and the incarceration of the other.

The two were among young men hired to dig a grave on April 26, 2015, which is done at night as a custom. Gravediggers also take alcohol while preparing a grave.

The late Odero had accused Mr Oluoch of making noise while drinking alcohol and a fight ensued. It is during the scuffle that Mr Oluoch picked a spade and hit Mr Odero twice.

The victim was taken to a local hospital before being transferred to the Jaramogi Oginga Odinga Referral Hospital where he died on May 6, 2015, nine days after the assault.

Mr Oluoch turned himself in at Ugunja Police Station where he was arrested and charged with murder on June 3, 2015. He denied the charge.

The prosecution reduced the charge to a manslaughter one on July 25, 2015 for which he pleaded guilty.

Mr Oluoch was sentenced to serve 10 years in jail on October 6, 2016 despite a probation report showing that his village mates described him as a self-dependent, hardworking man who was the best mason in the area and was not a threat to anyone because he had no previous criminal record.

In the ruling, the Court of Appeal judges said the trial process does not stop at convicting the accused.

“There is no doubt in our minds that sentencing is a crucial component of a trial. It is during sentencing that the court hears submissions that impact on sentencing. This necessarily means that the principle of fair trial must be accorded to the sentencing stage too.

“From the foregoing, coupled with the fact that the appellant was a first offender [who] swiftly and voluntarily surrendered himself to the police and pleaded guilty to the offence, we find that the 10-year sentence was excessive and highly disproportionate to his crime and the circumstances of the case,” the appeals court judges stated.

“Not every offender is deserving of jail, and courts need to send to jail only those deserving of it. To make this a present reality, we as Judges ought to soften the harshness of the law in deserving cases by infusing it with liberal doses of mercy. Thus will justice flow like a river, a terror to the worst of men, and a refuge to those who, though erring, seek its protection,” said the judges.

The judges said that quality of mercy should also reside and flow forth in appropriate cases — such as that of Mr Oluoch — in the hearts of Judges, upon who falls the fearful duty of enforcing the law and administering justice and they should do so with a balanced emphatic view to the weaknesses and flaws of the human condition.

“This is an unfortunate tale of two young men who fought while under the influence of alcohol,” the judges said.

“All things considered, the appellant was given an excessive sentence, a fact which (prosecution counsel) Mr Kakoi, properly concedes. The sentence was heavy on vengeance or retribution with scant consideration for the rehabilitative or restorative aims, which may in fact be redemptive of punishment,” said the appeal judges.

TV star Lorna Irungu was cremated in a private ceremony