Covid-versary: "When the clock stopped", momentarily 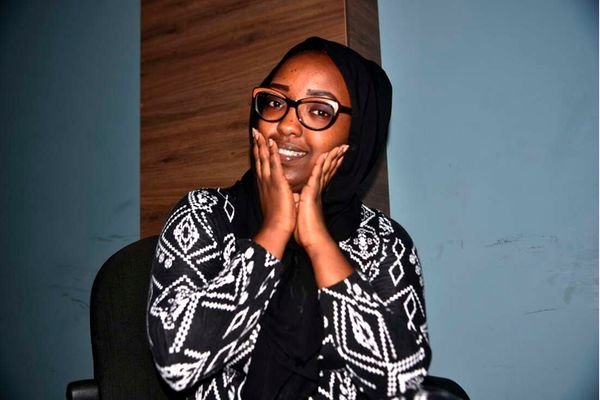 The coronavirus was already devastating the nations of the world by March last year. And, it was only a matter of when, not if, the virus would arrive within the Kenyan borders.

When it finally did, the first few days were punctuated with anxiety, confusion and uncertainty of just how life would pan out in the new world order –under coronavirus pandemic.

At the moment, nearly all aspects of life came to a momentary halt because of the coronavirus outbreak. The clock stopped, for all. At least for a moment.

In the recent weeks, different people have reflected on this day; they reminisce the very first days when much of life changed. Their interviews have been edited and condensed for clarity. 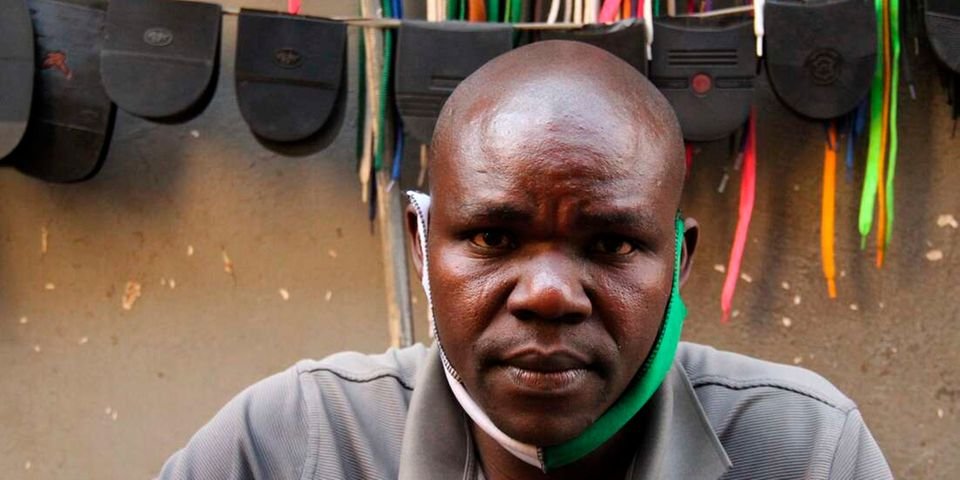 I was at my place of work, mending a client’s shoe while listening to a vernacular radio station.  I wasn’t keen on music playing in the background. But when a breaking news jingle played, it immediately drew my attention. Then came the ominous news. That Coronavirus case has been confirmed in the country.

I totally knew nothing about the disease except the information in the grapevine; it had been rumoured that it is a deadly disease and the moment it lands in the country, the government would impose lockdowns. I also I imagined that I would just drop dead if I contracted it.

At the moment, I was only having Sh2000 but this was an emergency. Immediately the news was relayed, I called my wife, to notify her of my intentions to move the whole family upcountry.

With my meager income, and with less people in the streets, the income avenue was greatly affected. I could hardly manage to have five clients a day.

On the third day into the pandemic, we travelled upcountry. But since I did not have any other source of income, I had to risk my life and come back to Nairobi and hustle and send the money back home.

I have learnt to save at least 10 per cent of the day’s earnings.  Just so when everything torpedoes again, I’ll have a stash to draw from.

I was on duty when Ministry of Health asked journalist to attend a presser at Harambee House. My job involves updating the social media handles with breaking news. So, immediately the Health Minister confirmed the first case of coronavirus in the country, I quickly drafted the news and broke it on NTV’s socials.

While I was transcribing Mr Kagwe’s word – “As far as Coronavirus is concerned, it was not a question of whether or not we are going to get a case in due course, but a question of when” – a lot was going through my mind. At first, I was perplexed for a moment and became worried but duty called for me inform the masses so I drafted a tweet and sent it out.

As a ‘certified over-thinker’, I had to make dozens of calculations in my head. But the thoughts that my mum miles away from Nairobi would not be privy to the information clouded my mind. I worried of whatever else would become of the presser. Immediately I was done with breaking the news, I called my mum to brief her on the developing news.

What I did not know however, was that I would later contract the virus in September. Today, I am a covid-19 survivor, a story I hope to tell my grandchildren. I hope someday, we will go back to normal life.

Lesson: I have learnt to be disciplined and to obey the ministry of health’s guidelines on keeping the virus at bay.

I was in office, at my place of work, and so swamped with deadlines, that I did not catch the live news on the television. Routinely, I spend a few minutes in the socials before just before I head for home once I am done with the day’s task. On this day, last year, I remember viewing the same clip of a breaking news on WhatsApp status of my contacts and thought it was just a meme. But how could this be a meme yet it such a serious thing? I wondered.

To confirm whether it was a serious news or just a meme, I surfed the net. To my surprise it was true. In fact, I stumbled on the clip that was making rounds on the social media.

At the confirmation of the news that the country had registered her first case, I became restless. If someone would have filmed me, they would be treated to scenes of an anxious, worried Laura. I imagined of how it had devastated China and other western countries and worried that the situation would be worse, given that we are a third world country.

READ ALSO  Canada-based Kenyan Woman Drowns in a Pool While Live-streaming on Facebook
Then life drastically changed. Quarantines, lockdowns and social distancing became the order of the subsequent days. And, as unexpected, I lost my job as the company, feeling the unforgiving brunt of the pandemic, went under.

Now, it hit me harder. I have also learnt a lot. Prominently, I have learnt to appreciate life. The pandemic got me thinking a lot about the fundamentals of life.

I have learnt to live each day at a time, for tomorrow is never promised.

I was in class teaching when the news of the novel coronavirus broke. I did not about it being in Kenya until I went back to the staff parlour that I learnt that it was already within our borders.

I was greatly scared about the news. Until then, I had never been so keen on the virus. Immediately it was here, I involuntarily found myself googling about it.

At first, I thought it would just be like a passing flu. And that we would overcome it in a just a few days. I was wrong. After a closer scrutiny and reading how it was already devastating the west, I imagined we were bound for worse.

I have learnt one should always have enough savings for a rainy day and stash cash for the dry spell seasons. I also learnt that being street smart helps a great deal and that during tough situation instead of sulking, one should be bold and aggressive and proactive to wade through the murky waters.

Ray Wangila, Third-year law student at the University of Nairobi

I was in second year in the first semester of studies when the first case of Covid-19 was reported in the country. We were having our sit-in continuous assessment test (CATs) during the week and the week to follow.

Normally, I am ever online. But, on that day, I was busy revising for the next CAT slotted for March 16, 2020 that I missed the live updates. But as soon as I was exhausted, I turned my data on, going online, #CornavirusInKenya was trending. It is then that I learnt that the novel virus was home.

The news came as a bombshell. Since none of us had an experience of life during the pandemic, there was nowhere to refer but the internet. At first, I was horrified but my appetite for more news about the virus grew bigger. Even as terrified as I was, I continued to surf.

READ ALSO  PHOTOS AND VIDEO: DP Ruto received by Kenya's ambassador to the US as he arrives in Washington DC

No sooner had I come to terms with the news of the virus wielding Armageddon anyhow than the institution released a memo asking us to vacate the school premises following the president’s directive to close institutions of learning.

While at home, we always gathered after supper and prayed together. This far, I can gladly say that during the largely lull period for many, I learnt some culinary skills and began working out. And, this far, I can confidently say that I’m now more spiritual, a better cook and also fit.

The pandemic has served to remind me of the fragility of life and just even the tiniest of a molecule like a virus can change the course of life to eternity. I have more than ever learnt to hold dear my family and friends and to guard my spirituality.

Fatma Banin, a nurse based in Mombasa

In the days preceding the confirmation of the first case of coronavirus in the country, being a medic, I was obsessed with understanding the novel virus. Even though, nothing quite prepared for the virus crossing over to Kenya than living it.

On the fateful day, I was attending to a patient in the triage room. I only caught the last bits of the briefing. At the news, I was so frightened. I could not believe that the deadly virus I spent my time reading about was finally with us.

Oh no! I wasn’t ready for this. I wished it would wait a little longer. Given my profession, though, I knew my expertise would greatly needed. Yet, here I was, inadequately prepared for the war that would ensue. At the time, I was in the dental unit and, I had read that covid-19 was transmittable via mouth. I worried most about my health. I understood that I had to be healthy first I could care for anyone else. With the provision of Personal Protective Equipment (PPE), I gained confidence to work well. But the heat in Mombasa was a menace.

During this period, I learnt to be selfless but also to love myself more. When a patient I attended to woke up and walked home, I was felt joyous.

And, how the pandemic has instilled discipline in me is unimaginable. Since I watched people die, I understood that if I did not follow the health protocols, I too, could follow them.