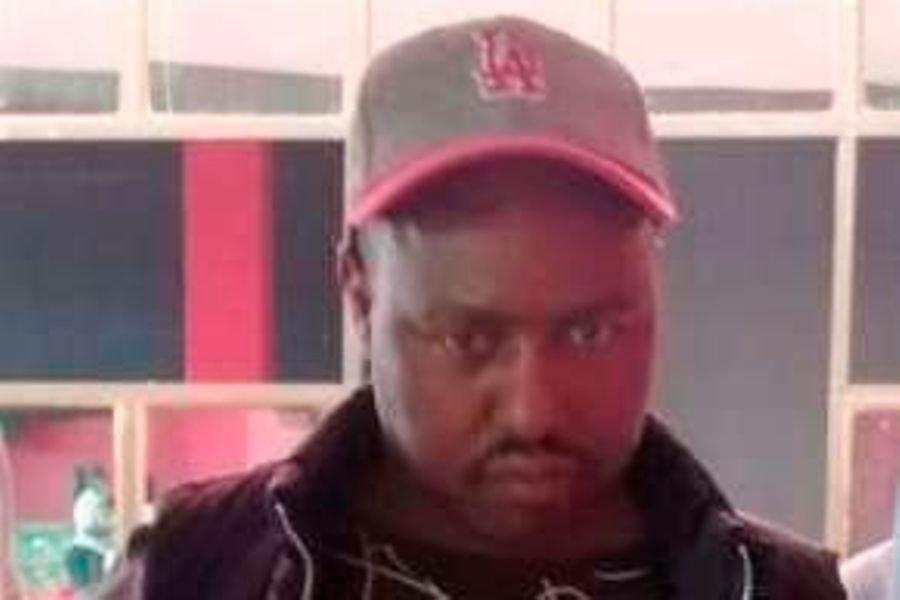 The man who was killed in a gangland style shooting along Thika road was one of the most wanted men in the country.

But that is not all, he also comes from a family facing robbery charges and are suspected of leading an armed crime ring from their base in Juja, Kiambu County.

Daniel Gucoma Ndutire was on Tuesday shot at 24 times by two men on a motorcycle as he branched from the Thika Superhighway to Kenyatta road at Kwa Kairo area in Juja at about 3pm.

Mr Ndutire whose wife and mother also have several robbery with violence cases in court, was the leader of a gang that shot a woman in Eastleigh on Tuesday morning.

The man, who by day operated as a vehicle dealer in Thika, was a well known figure in the entertainment circles of Juja, Thika and Ruiru, where he was a known to freely spend his money entertaining friends and other revellers.

“He would spend upwards of Sh20,000 a night and still manage to come to the club almost every day. He was very generous,” one of Mr Ndutire’s friends said.

At about 9am on Tuesday morning, armed robbers attacked a woman who owns a jewellery shop along Eastleigh’s Eighth Street as she was heading to a bank in the area. The woman was shot in the arm before the bag she was carrying was snatched. Luckily she survived and was rushed to hospital.

Police who have spoken to the Saturday Nation in confidence say they have positively identified Mr Ndutire as the leader of a gang that has been terrorising businessmen in Nairobi and that was involved in the Eastleigh robbery.

These facts have blown the case open on who may have had the motive to kill the father of four in broad daylight with so many witnesses. The police insist that it is still too early to speculate.

“We will know more as investigators work on the case,” said Juja Directorate of Criminal Investigations Officer Richard Mwaura.

Additionally, there is the possibility that Mr Ndutire did not know his goose had already been cooked or he had stumbled on a large sum of cash in the weeks leading to his murder.

A search on the car he was driving, a Subaru registration number KDC 010H revealed that it is registered to Lota Automotive Kenya, a Mombasa-based company that imports and sells cars.

On calling them, the Saturday Nation was informed by an official at the company that they sold the car two weeks ago to a man in the company of a woman. The firm positively identified Mr Ndutire as the man who bought the car.

“The car has not even been paid for fully. The man bought the car, but since he has not completed paying for it, we are yet to make an official transfer to him,” said the company official.

“Do you know where the car is or you are police officers trying to get information? Because no one has called us yet. How will we get the car back or our money now that it has not been paid for and you saw what happened to it?” the official posed.

The car is currently parked at the Juja Police Station, awaiting a forensic analysis to ascertain whether it was involved in other crimes or to find out if Mr Ndutire’s killers left any evidence that will aid the police to find them.

A ballistic analysis is also yet to be completed on the spent bullet cartridges that were collected from the scene. Preliminary analysis shows that they were fired from a high calibre weapon capable of firing several rounds per minute.

At the same time, investigators are interviewing people who may have witnessed the shooting as well as Mr Ndutire’s close relatives. His wife, Susan Wangari Njoroge, on Wednesday told investigators that her husband “had not expressed fear for his life”.

But even as investigations continue, questions are arising on who exactly wanted the car dealer and criminal dead so badly.

The murder was so well planned that Mr Ndutire’s killers were not only able to spray bullets that hit their target from a moving motorcycle, but they also had a getaway vehicle that evacuated them from the scene. Nothing was stolen from him and he did not have any form of identification on him.

These questions have been further amplified by a discovery that Mr Ndutire was not only a dangerous armed criminal who is behind some very famous robberies in the country, but so is his wife Wangari and his mother Mary Wanjiku Ndutire.

Ms Wangari, who on Wednesday told the Nation that she missed being with her husband in the car at the time of the shooting due to traffic on Thika road, has several robbery cases.

READ ALSO  PRIME 'People treated me like a dog': Recovering addict reflects on decades of drug use

According to Ms Wangari, Mr Ndutire was supposed to close a car deal in Thika and wanted her to bring some documents that were critical to the transaction. She, however, ran late due to traffic prompting her husband to ask her to send the documents via phone.

“He felt he could not wait for me any longer as he was getting late for the business in Thika. We agreed that I should share the details of the vehicle he wanted to sell and the TIMS account details via WhatsApp,” said Ms Wangari.

As fate would have it, the matatu she was travelling in also broke down.

“As we were being transferred to another public service vehicle a few minutes past 3pm, I got a call from my friend, informing me that my husband had been involved in an accident at Kwa-Kairu area near Spur Mall. I boarded another vehicle to the scene, only to find he had been moved to Thika Level 5 Hospital, where he was pronounced dead on arrival,” she recalled.

In 2014, she was arrested after allegedly carjacking a motorist at gunpoint in Nairobi.

Ms Wangari also has another criminal case in court stemming from an incident that took place in 2017.

Early February 2017, Mr Cyrus Kiogi Mwaura was heading home in his Toyota Harrier when he was stopped by a woman armed with a pistol and who identified herself as a police officer. The woman was in the company of other men who dragged Mr Mwaura out of his vehicle and beat him up before speeding away into the darkness.

The Flying Squad was immediately alerted of the theft and started searching for the vehicle. They found it on February 15 with a new registration number along Waiyaki Way. All the four occupants, including Ms Wangari, were immediately arrested.

The next day she was charged with robbery with violence and handling stolen property. She pleaded not guilty while asking the court to release her on bond.

“Your honour, I am a mother of four children, I cannot afford a lawyer to represent me,” pleaded Wangari before being released on a Sh500,000 bond.

Ms Wangari is also facing a separate robbery with violence case in court together with her husband for another carjacking incident that took place last year.

Yesterday, she denied that her family was involved in crime. “I am not aware of what you are talking about. My husband was not a criminal, neither am I,” she said.

A few weeks after Ms Wangari was released on bond, her husband led a six man gang to Eldoret where they attempted to rob an Equity Bank branch at Poa Place, police records show.

The gang arrived in three vehicles with fake number plates at the bank on March 31, forcefully took two loaded AK47 rifles from officers guarding the building then stormed inside. The robbery failed after police got wind of it and immediately dispatched a team to the bank.

“I was informed of the robbery by the two Administration Police officers whose guns were snatched and immediately sent a signal to other officers to assemble at the scene, but they were clever not to proceed with their scheme, instead choosing to run,” Eldoret West police boss Samuel Mutunga told the Nation at the time.

The gang escaped, but the police gave chase and managed to arrest two of them at Cheptiret market centre along the Eldoret-Nairobi highway. The two are currently behind bars.

In 2014, Mr Ndutire, while in the company of a Stephen Kamau, robbed Mr Patrick Kariuki Nduati of his lorry, gas cylinders and valuables.

“On June 14, 2014 at Santon estate in Mwiki, Nairobi County, jointly with others not before court while armed and dangerous, you robbed Patrick Nduati of a motor vehicle Isuzu Canter registration number KBV 221A, 300 gas cylinders, two mobile phones and Sh117,000 in cash and at the same time threatened violence against him,” reads a charge sheet of the crime that the Saturday Nation obtained.

Mr Ndutire and his accomplice were charged at the Makadara Law courts, released on bail but failed to attend court, forcing Makadara Chief Magistrate Evelyne Olwande to throw out the case. A warrant of arrest was immediately issued against Mr Ndutire and Mr Kamau.

How the two suspects have managed to evade arrest despite a warrant hanging on their heads until Mr Ndutire was dramatically gunned down remains a mystery.

On July 15, 2015, Mr Ndutire and a group on unknown people waylaid and robbed another lorry registration number KBV 400K within Nairobi and stole mobile phones and laptops all valued at Sh60 million.

A search at his rural home in Ritho, Gatundu by detectives on the trail of the stolen goods recovered some of them worth Sh3 million. That was on August 6. Consequently, his mother Mary Wanjiku and wife were charged with robbery with violence.