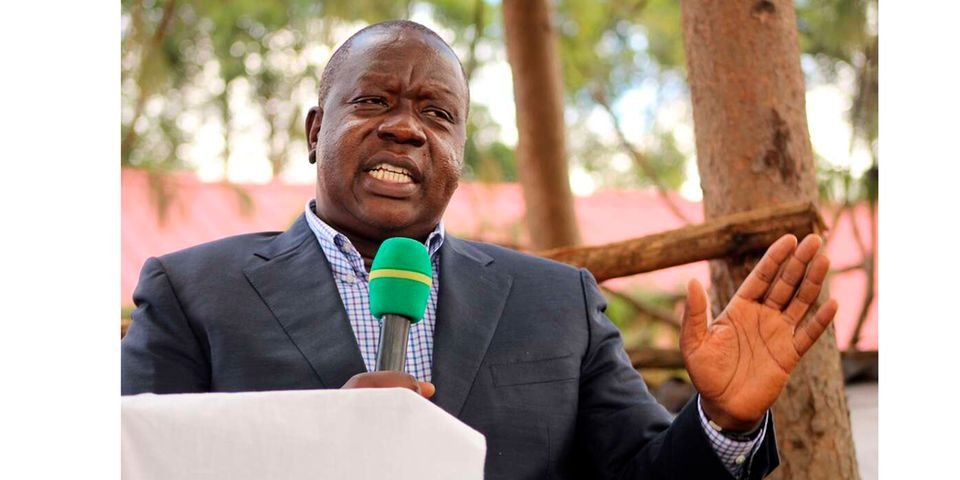 Interior CS Fred Matiang’i on Wednesday, April 7 issued a statement after a GSU officer attached to his office shot his wife before turning the gun on himself.

In his statement, the CS noted that he was suddened by the incident involving the couple whom he termed young and vibrant.

“It’s a rude awakening to psychological challenges amongst some of our young officers that we have no choice but to now pay greater attention to. My sincere condolences to their families and friends,” he stated.

The GSU officer shot his wife after having a domestic altercation, with the wife accusing him of infidelity.

Wasike left the house before returning moments later armed with a pistol which he used to shoot Wekesa severally before shooting himself on his chin.

“Wakise briefly talked to his wife and they started exchanging bitter words. The wife was accusing him of infidelity. As a result, Wakise went out of the house and shortly returned in the sitting room

“He suddenly drew out his Jericho pistol s/no. KP- 44333035 and fired several rounds at his wife’s chest killing her instantly. He then turned the firearm to himself and shot on his chin,” said the statement.

Wakise was attached to the VIP protection at the Ministry of Interior and Coordination of National Government while his wife was a traffic officer attached to Kilimani Police Station.

READ ALSO  Getting A Greencard Through Employment After Graduation

The bodyguard is said to have been off duty since Thursday, April 1, and only reported back to work on Tuesday, April 6.

He, however, left at 3pm and retired to his residence near the GSU camp.