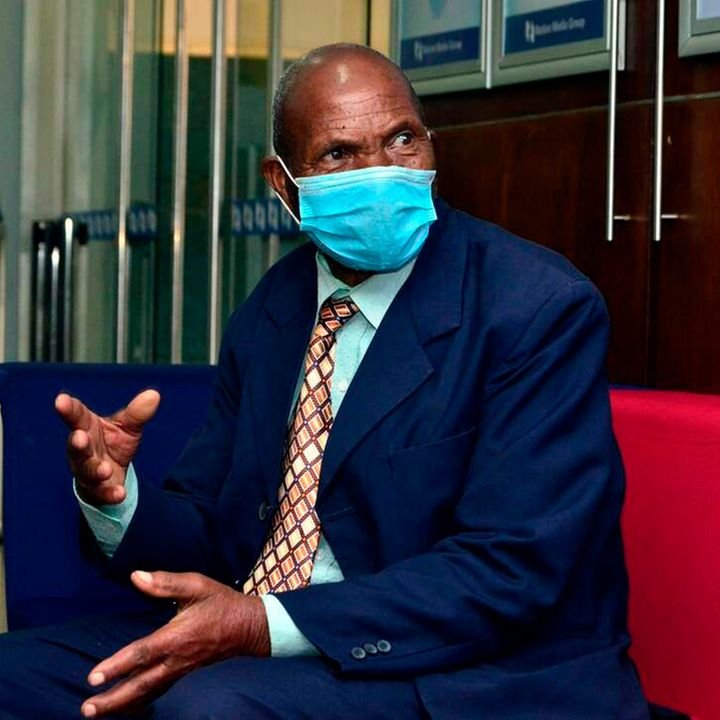 State agencies are on the spot for inconsistencies on a court file that recommended the prosecution of three police officers.

While a trail of correspondence shows that the file existed, it seems to have disappeared without a trace, hindering the case.

The file, Inquest No. 4 of 1996, recommended that Cpl Mugo, PC Mutahi and PC Wasike be charged with the murder of Samuel Karuga Kiragu.

But 25 years later, the officers have not been prosecuted and Francis Karuga continues to seek justice for his son.

In a 2003 letter, the Nyeri chief magistrate at the time, Kaburu Bauni, told Mr Kiragu that the court had asked the Director of Criminal Investigations (DCI) to take appropriate action even without the file.

“I refer to your letters requesting for proceedings and apologise for not responding earlier. We have looked for the file in question for a long time. To date we have not been able to trace it,” the letter said.

“However, records in our register show that the court recommended one Corp. Mugo, P.C Wasike and P.C Mutahi to be charged with murder of the deceased. We have communicated this information to the DCI and even in the absence of our file they should be able to take appropriate action. Please liaise with them.”

Eleven years later, no action had been taken. Mr Kiragu then decided to write to the Director of Public Prosecutions (DPP) for further assistance.

Disappeared from all records

Prosecution counsel Laura Spira on May 28, 2014 wrote to the Nyeri DCI officer inquiring why the officers had not yet been prosecuted.

READ ALSO  Kalembe Ndile's son: We felt he would die

“We are in receipt of a complaint letter from Mr Francis Kiragu and in the aforesaid letter the complaint seeks to know why the parties in the above referenced inquest, recommended for prosecution by the court have not been prosecuted. I have the instructions of the DPP to forward the same to you for your action as it falls within your jurisdiction,” Ms Spira’s letter said.

This did not yield any results.

In June and October that year the DPP’s office, through prosecution counsel Stephen Cheboi, wrote to the Nyeri DCI officer requesting the inquest file to be delivered to them.

The last request from the DPP’s office for the file was made in 2015 by prosecution counsel Gertrude Kiilu.

Undeterred, Mr Kiragu made fresh attempts in February 2021 to get the case going. He wrote to the Nyeri Law Courts, but as in the past, nothing has come out of it.

The question now is how a file on a matter that went through a public inquest in court and reached some sort of judgment could disappear from all records in the Judiciary.

Judiciary Chief Registrar Anne Amadi told the Nation that the file was yet to be found. The DPP’s communication officer Beatrice Omari also confirmed that the file had not been delivered to their offices.

And more interestingly, the Nation’s search for records of the proceedings in the case at the Nyeri Law Courts found that Inquest No. 4 of 1996 is under a different case.

Samuel Karuga Kiragu died a day after being released from police custody in 1995. An autopsy revealed that he died from severe beating on the head and chest.

READ ALSO  How much one needs to join the airlift program

His father believes officers in charge at the Naromoru police station at the time tortured him in efforts to get a confession out of him.

He had been accused by his employers of breaking into their home and stealing from them. He worked as a farm hand.

“My son was then arrested by the police on the evening of January 9, 1995 and taken to Naromoru police station. And they thoroughly beat him during the interrogations,” he said.

The following day, he says, the officers took his son to Naromoru health centre for treatment.

The doctor in charge recommended that he be taken to Nyeri Provincial General Hospital for further treatment but the police ignored the advice.

“The police did not comply with this direction but returned him to the cells. He was then released at 3pm the following day. My son then went to his house at the home of his employer,” he said.

“We took the body to the Nyeri Provincial General Hospital mortuary and a postmortem exam conducted on January 26 revealed that he died of severe beating on the head and chest. His death was caused by the beating he received from the police while he was in custody at Naromoru police station,” said Mr Kiragu.

Mr Kiragu immediately filed a case in court and an inquest was launched. However, his hopes of putting his son’s assailants behind bars was short-lived, as the documents later disappeared.

“Since 1995, my son’s killers are still enjoying their freedom. This whole process has drained me psychologically, physically and financially. Along the way I meet people who assure me that they will be able to help me at a fee. I pay the money but nothing,” he lamented.

READ ALSO  Murder at the altar: When men of the cloth turn into killers

“He was only 29 years old when he died, with a bright future ahead of him. My wife died in 2009 before seeing justice for our son. All I want is for my son to get justice and his assailants to face the law so that my family can get peace. Samuel was my second-born and when I look at his brothers and sister and how they have been able to start families of their own, I wish that he would have also been given an opportunity.”