Dann Mwangi: My Covid journey to HDU and back 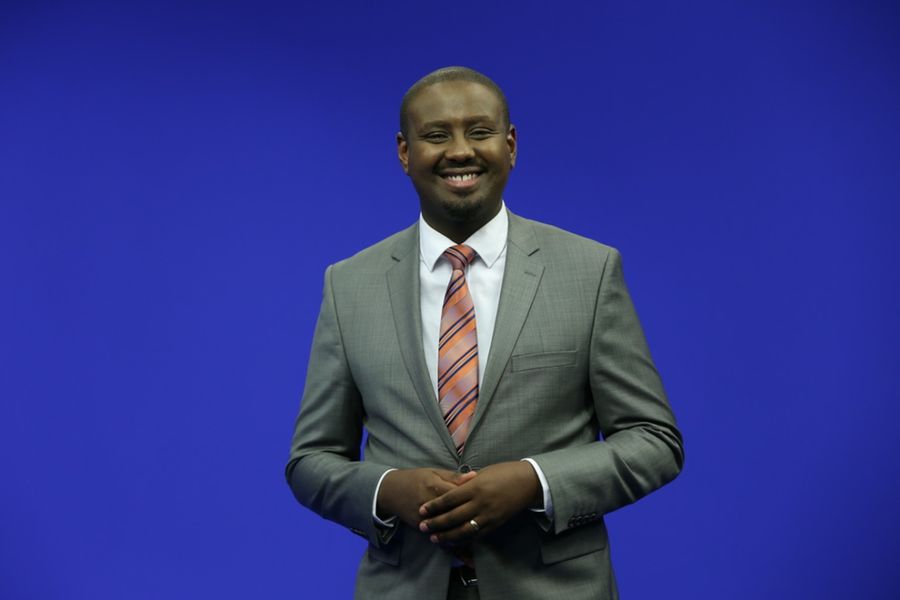 “Hi Babaaaa!” She ran to me and hugged me, in her signature life-filled way with a scream to it. At this point, you feel like a superstar whose top fan has just met you and is indescribably overtaken by joy. Well, that is the culture in my humble home – it’s a home of girls (I am the sole man standing) so they all do this, and it’s unmatched in how it makes me feel. I digress.

Back to our little screamer. This was on Wednesday, June 30, 2021. Our firstborn, Njeri, who is just a few months into school, comes down with a fever. It’s school season and the narrative we freshmen parents have seen around and online is that they bring the homa homa.

Then, we all start feeling unwell by Thursday. Njeri, her little sister Njoki, my wife WangeShe and I. Sniffles, coughs (I didn’t have one, so it’s an achievement for the guy who gets hit hardest when Man Flu does a number on him and is not coughing.)

But, children are not a joke. They are unwell, with coughs, sneezes, mucus acting very obedient to gravity, but still running around and playing. We adults, on the other hand, are looking like zombies.

We were so drained. It was so bad that on the following day, Friday, I was unable to go to work. I felt guilty because it was a half-shift and guys were stretched. But my malaise was heavier than my guilt. I wasn’t eating. I just felt like doing precisely nothing.

On Saturday, I was feeling a bit better, so, as we say in manese, nikajiskuma, and went to work. It was a long day. By the time the bulletin was on-air, I was struggling to follow and update a few captions here and there. I was so wasted, ile mbaya!

After three or so eternities, the bulletin was over and so was I – at least that’s how I felt.

I first listened to my brain that at this time of the evening screams “I DON’T WANT TO HEAR ANY TV!” I obeyed it, as is usual, switched off the newsroom TVs near me, relaxed for a bit at my desk, and waited to get some composure and sobriety to drive home safely. And I did.

I got home to three sick sleeping beauties, all trying to get rest, but with some difficulty. You could somewhat feel it in the atmosphere.

For the children (3 years 9 months and 2 years 3 months), they only had what seemed like the usual homa; runny noses and coughing.

My wife and I had fatigue, she had a cough (mine was very rare), and we were generally mucusy. I had headaches and lightheadedness. I was struggling to even do small tasks; on one front, because I was fatigued and lethargic, on another because when I did something small, I got drained … nahema. I had started getting chills all over my body, and worse, they were painful. So, you are sleeping then they just have to remind you that you are unwell. You shiver and cringe in pain and cold.

At some point, WangeShe realised that “I can’t smell or taste anything, can you?” Then it hit me, “That’s why the burger she made for me had a weird taste!” We looked at each other with a look that insinuated, “We have it”.

But, guys, I wasn’t too sure the Covid reality dawning on me was as unsettling as masticating and feeling like you are eating mattresses, towels and washing them down with mirages.

I mean, eating, as my wife kept saying, felt pointless.

So we went to hospital the next day (Sunday) to get everyone checked.

Sunday morning and we went to hospital.

We went into the triage room and, from the symptoms, the nurse must have suspected that it was Covid, and so he asked that we wait there and the doctor would come to us (I’m guessing reducing our movement/interaction, and thereby, exposure)

The doc came and when we explained how we were feeling he said he would give us medication, and added that it was likely to be Covid.

He said since it has no cure, we would just manage the symptoms at home, more so because nobody reported difficulty in breathing.

He said they don’t do the tests there. Only the main hospital does so, so we would have to go there for tests if we wanted to for the sake of documentation needed at work and for general peace of mind.

So we trooped home in our draggishness and druginess and committed to go for the test the next day.

On Monday mid-morning we get into the car and head to hospital. I was so beat I was driving at about 40kph all the way – an about 30-minute drive.

I was lightheaded, lethargic, out of appetite, name it. We got there and my gracious lover had more energy than I did so she went to handle the registration as I sat with the kids in the car.

She brought us some hot drinks and pastries to shikilia (sustain) us.

We went on and got our samples taken – just WangeShe and I. We opted not to have the girls go through that intrusive experience, as we figured that if we test positive, we shall presume they are either also positive or exposed, and treat it as such.

We went home to wait for the results, which we were told would be out within 24 hours.

On Tuesday, July 6, 2021, at 7:13am, an email hit my inbox and in minutes, WangeShe came to my side of the bed and woke me up with the phone screen open and showing me a document.

It read POSITIVE – that’s all I was looking for, I don’t even know what the rest of it said.

I was like, first, what a way to kick off the morning.

She checked her email and her results were also POSITIVE.

So, we now start thinking of how to manage the house without a nanny (who had left to attend to family matters) and with our illness.

On Thursday I was in bed all day. I left after sunset, in a struggle all the same.

I was hardly eating all week. I was only taking fruits, the water that I downed my meds with, and one day I took a cup of the honey, lemon and ginger concoction, or Dawa.

On Friday, I was almost in bed all day but I got up and went to the sitting room in the late afternoon when some friends came to drop off some stuff for us. We sat and bonded across the closed windows for some time.

I got drained, went and lay on the couch.

I was not improving. I would speak and then get tired. I would do anything small and tire. Even helping the kids do something small, draining.

We had bought an oximeter, so we kept checking our oxygen levels as well as using a thermometer for fever checks.

The basics were generally good, so we did not have a need for alarm (thaaat much).

The oximeter dropped to the floor at some point but I put the broken part together and it was still showing readings.

But I was not getting better. My wife was also getting worse, but not as much as I was. The kids seemed to have a homa tu (must be nice).

The strain to do some of the stuff in the house amid the body refusing was tough, overwhelming, and I dare say traumatic. When I was unable to do much, my ailing wife still did stuff. How? I don’t even understand. In our mother tongue, she is the real mutumia ngaatha. A woman of virtue and valour.

I must mention, we have some very, very solid family, friends, church community and neighbours. They came through with shopping, doing errands, bringing hot, fresh, home-cooked meals (which I had no appetite to eat). We are blessed, overwhelmed and humbled by the love. It is tangible.

By the third day I was feeling like I needed more medical attention, but I couldn’t imagine leaving my wife to do everything (even if I was not helping much, I felt like I would be abandoning her). So, I never mentioned that I feel as much. I, like a true African man, soldiered on – little did I know this soldiering was really an assault on my life.

Need to be admitted

Then, Friday, WangeShe said, “Maybe you may need to be admitted.”

I was like, “I think so”, but I wondered how she would do it alone. I was sick, guilty, broken and uncertain of what next.

But I was deteriorating, so something had to give. We made a few calls and called for an ambulance. We called my friend named Corrie, who works at the Kenya Red Cross, and she was very helpful.

She made calls and told us that their ambulances were engaged so she could get us one from another organisation as they have some local arrangements. We were okay with it and she got us one, which eventually came.

We called ‘our insurance chick’. Here, I have to just say that Mary Muthee, group head of customer experience at Jubilee Insurance, is such a gem. She did so much for us, and made it an easier experience. She spoke to the hospital, locked down a bed, made sure we will have no hitch, name it. She is an A-game person in customer service. God bless her.

When the nurse walked into the house and asked me questions, just for understanding, I would speak a few words and get tired, breathless. I never thought of this as an “Are you having difficulty breathing?” situation. For me it was just I am straining to speak. So my wife would take over, and she handled it all in a very composed and sober way.

We told her the SpO2 had been reading 96 most of the time.

She helped me walk to the ambulance (thank God for being ground-floorers).

I got into the ambulance and they checked my SpO2 on their oximeter. And LO AND BEHOLD!!

She immediately put me on oxygen support – face mask and oxygen bag.