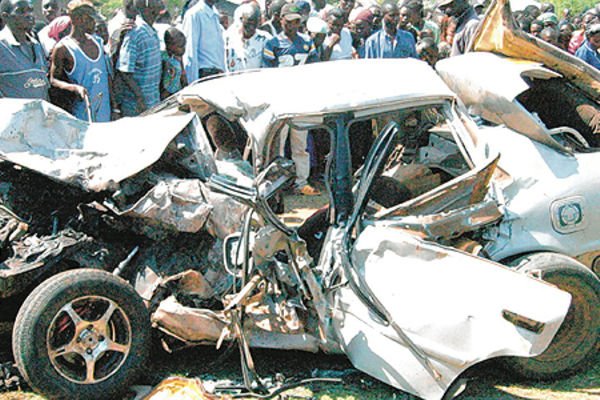 They are young, moneyed and daring.

They are described as Mombasa’s daredevils, who cause an unnecessary nuisance on major roads as they race high-end vehicles, including Land Cruisers and Mercedes Benzes, in the wee hours of the night.

The story of Mombasa’s night road racers, who put the lives of residents at risk racing at night on the streets, can best be told by the many eyewitnesses who are wondering why the police have failed to stop them.

“I am a watchman in Nyali, but the things I have witnessed at night are frightening. Before the pandemic, they used to cause accidents by hitting people only to later compensate their families,” said Sylvester Obwao.

“But no action has ever been taken against them, because they are tycoons’ children.”

“There was one who hit a pedestrian while racing with his wealthy friends in the Nyali suburbs. The boy was shaken but his friends rushed and took him before the police arrived,” he said.

“The patient was rushed to the hospital and all the bills were paid. The poor family was compensated, although it was a minor accident.”

The latest incident happened on August 21, bringing to the fore the magnitude of the problem.

A man in his 30s escaped death by a whisker when his vehicle crashed at the Nyali bridge. He suffered minor injuries.

“The driver escaped death narrowly after the crash. This is what happened, the driver swerved, hit the steel barrier and almost plunged into the ocean,” said Peter Masuka, an eyewitness.

John Menguti, who works with a security firm guarding the bridge 24 hours, narrated how racers risk the lives of residents while speeding at night.

“You would think it’s Safari Rally. The vehicles were racing at a very high speed. One of them hit the bridge but it was only by sheer luck there is the rail guards, the vehicle could have gone into the ocean,” he said.

“Good Samaritans rushed to the scene to help him. But this is quite normal in Mombasa. Now and then people race at a very high speed.”.

Mr Menguti said the racing starts at around 10pm.

“It is absurd that they speed as police watch. When they start speeding, no one can use the roads, it’s always very dangerous. You cannot blame the curfew for their speeding, this has been a trend,” he said.

Mrabu Ndalu, who works with a security firm, said two vehicles – a Toyota Harrier and RAV4 – were racing at very high speed before the accident.

“It was God who saved him but the man could have died. Drivers should stop racing. It’s always difficult to cross any road because of speeding vehicles. We want safety for both motorists and pedestrians,” he said.

“Are they above the law? You will be surprised what happens in this city, it’s pure impunity. After 10pm on Links Road, if you pass by the police checks, you will see several cars moving from one entertainment club to another but because they are owned by the who’s who, they aren’t stopped by the police or no action is taken against them,” he told Nation.

Nyali and the Mama Ngina Waterfront are notorious site for racing.

“They should be arrested for the nuisance, speeding and endangering lives. There was a street boy who was knocked down by the speeding motorists. We responded and took him to Coast General Teaching and Referral Hospital, it’s very sad. It’s a clique of untouchable society owning the roads. It’s very unfortunate,” he said.

Mr Parikh called for law and order on roads.

“You cannot break laws because you are a son or daughter of an influential person. The speeding motorists have knocked down several pedestrians and cyclists. So far they have caused two deaths,” he added.

A source cited an incident that happened six months ago when a speeding vehicle knocked down and killed a person in the city centre.

“The drivers were quickly exchanged. Another person took the blame and the case was nicely folded because it was a son of a prominent wealthy person,” said a police source.

Sometimes the youngsters cruise in the city centre towards the Mombasa-Nairobi highway and the Mombasa-Malindi highway.

The regional traffic police commandant, Peter Maina, assured residents that police will deal with the matter.

He said police will set up roadblocks to stop the racing nuisance. Speed guns will also be used.

He said the matter was brought to his attention after last week’s near-death accident at the Nyali bridge.

“People came out saying the racing was going on at night. It is God that saved that driver, but what if there were pedestrians on that road? They could have killed innocent people,” he said.

“We must fight and win this war together. Action will be taken against him. He must be arraigned in court.”

The driver is recuperating as he awaits to be charged.

“Road users should be responsible. You are responsible for your own life and other road users. If they continue racing, besides maiming and killing, the law will catch up on them,” Mr Maina said.