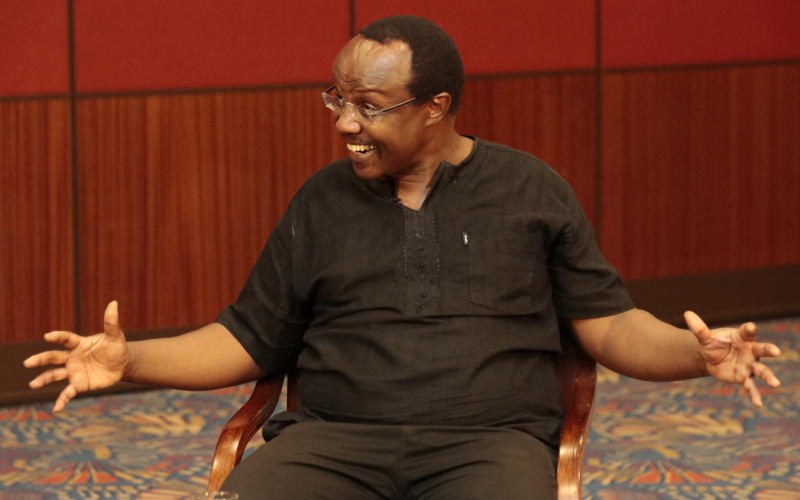 Economist David Ndii on Wednesday revealed that he used to smoke bhang during his time in secondary school and still topped his class.

While opining on the legalisation of marijuana, Ndii argued that it should be decriminalised since people still smoke it anyway.

“Marijuana was criminalized by colonialists. It follows that if we decriminalize it, the crime of smoking bhang will cease to exist.

The tweet drew a myriad of reactions from netizens who sought to discredit his theory.

“The idea that bhang makes you smart is a fallacy. Most bhang smokers were at the bottom of the class in my school. If you are smart, then you are, even if you smoke cow dung. Countries that legalized the drug have thousands in rehab. Do we have rehab centers to hold the addicts?” one user argued.

Ndii responded by saying: “Smoking of marijuana is widespread. In fact, we have more marijuana than cigarette smokers. I am aware of the problem of alcoholics needing rehab, where is the similar multitude of marijuana addicts?”

Another user highlighted a situation in Dagoretti where hundreds of youth smoke marijuana saying their lives have become miserable.

Ndii noted that there is no relationship between weed and one’s status in society.

“What’s cause and what’s effect? Is it marijuana that made their lives miserable, or did their lives become miserable, and they took to smoking weed to cope or is there in fact no relationship at all since marijuana smoking is prevalent in all strata of society?” he asked.

In November 2020, Narok Senator Ledama Olekina and researcher, author and theorist Gwada Ogot said Kenyans should start having a conversation on the economic benefits of legalising marijuana.

The duo challenged the status quo in a country that sees the plant as a taboo topic even though it might be the pot of gold that could save Kenya from many of its woes.

“Marijuana is the world’s most profitable crop. Marijuana can transform our national economy. It’s able to sort the doctors’ and the teachers’ salary. Marijuana is the only basis for a universal healthcare program. It’s the basis of Africa’s pharmaceutical industry,” said Ogot.

Senator Ole Kina echoed similar sentiments saying: “There are indeed so many benefits and I think it’s just about the time we become more liberal to look at how is it we can survive. We are only poor because we believe certain things are immoral,” said Senator Olekina.

For a drug that has been banned for almost a century, marijuana history spans more than 12,000 years and in modern times, the plant is used for medical purposes treating conditions such as chronic pain, insomnia, depression, post-traumatic stress disorder (PTSD), anxiety, reducing cancer pain and that of multiple sclerosis.

“We need to understand what benefits medical marijuana has,” said Senator Olekina.

According to Visual capitalist, cannabis (marijuana) is the most lucrative cash crop globally with a value of Sh5.1 billion in 247 acres of land. The most lucrative legal crop in terms of value per hectare is tomatoes and they only yield Sh152 million, 34 times lower than cannabis.

Kenyan community church in US paid $375,000 in religious discrimination lawsuit