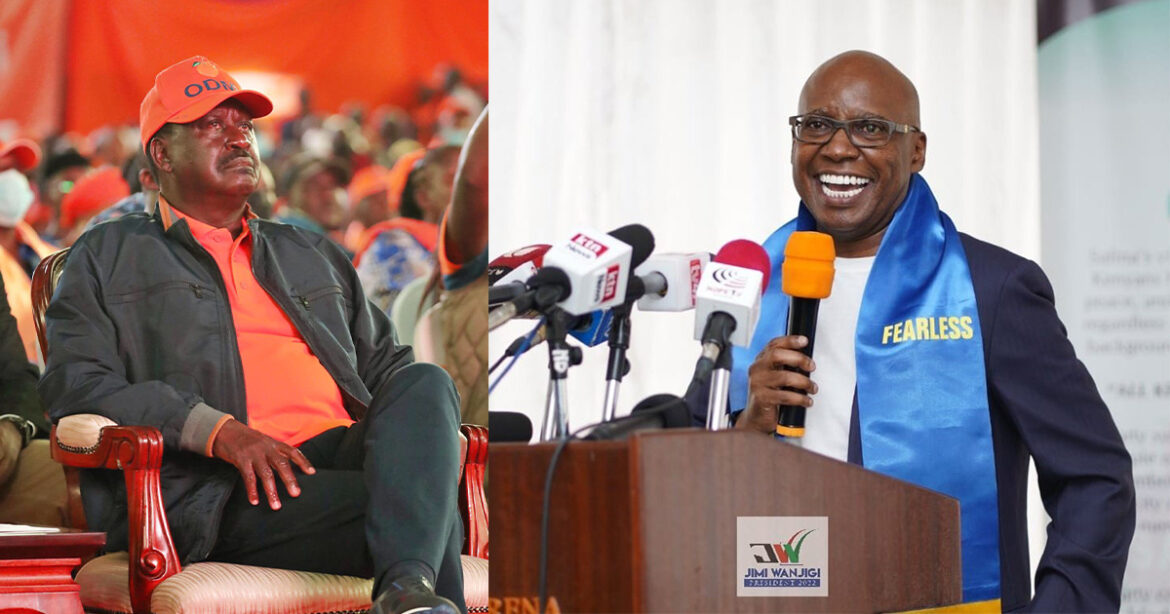 Wanjigi stated he joined Safina because of its principles after receiving the party’s life membership certificate.

“Those who were thinking Safina is dead, let me assure them that with Muite’s wisdom we shall sail through the third liberation as they’ll actualize it,” Wanjigi stated.

Wanjigi, who left ODM after being pushed out of the Party’s NDC, has claimed he forgives ODM Secretary Edwin Sifuna for what he done to him.

He has invited people to join the party in advance of the NDC on March 21, 2022, when he would be introduced as the flagbearer. So far, Wanjigi is the only individual who has expressed interest in running for president on the Safina Party banner.

Safina Party head Paul Muite, on his part, stated that they are optimistic of winning the August General Elections this time around and will stand as a party till the finish.

He noted that he only competed in 2013 to create a record that anyone who is not from a prominent family may also compete for president.

“We will stand on our own and no one will force us into pre-election coalitions. I vied for the presidency in 2013 to encourage your children and my children that you don’t have to come from any particular family to contest,” Muite remarked.

We have capacity to support an E-Mobility System – Kenya Power