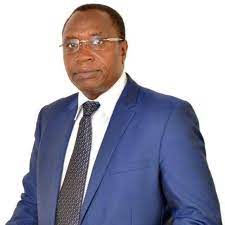 Kajiado North Member of parliament Joseph Manje who is also the running mate to David Nkedianye has been caught up in a scandal over a lack of transparency in the use of the County Development Fund.

Auditor General Nancy Gathungu in her report says the MP failed to account for millions of shillings in irregular and undocumented expenditure.

In the reports tabled by the leader of the Majority in the National Assembly Amos Kimunya last month, Gathungu raised queries about irregular disbursement of bursaries, unsupported cash withdrawals, stale cheques, unsupported projects, and projects that were not implemented.

Gathungu also pointed out that some of the projects financed by NG-CDF were poorly implemented while others had inflated costs.

This adds to the woes of the Kajiado North MP who has since teamed up with former governor David Nkedianye in the county gubernatorial race.

The two have continuously been castigated for promoting divisive politics in their campaigns ahead of the August 9 Polls.

READ ALSO  'He loved my family and Ivanna,' Betty Kyallo mourns chef
Related Topics:News
Up Next

Quickmart is one of Africa’s rapidly-growing businesses – Financial Times