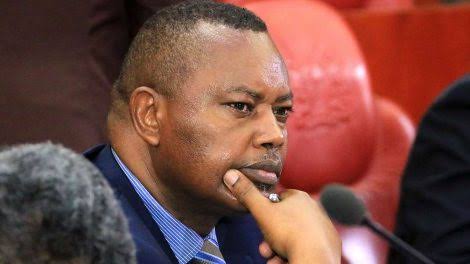 According to the DCI boss, ballistics experts pointed out that the serial numbers on the weapons did not match any the government has issued.

The experts further noted that some of the identifying serial numbers on parts of the weapons were not consistent.

“Further, ballistics experts examined the weapon and found that it had some modifications on the grip and cleaning rod

“From my experience as a DCI examiner, these types of firearms come from the North Eastern parts of Kenya and among the cattle rustling areas of the country,” DCI Kinoti said.

Kinoti asked members of the fourth estate to involve the authorities when compiling such reports.

“When you [journalists] receive any information of someone in possession of an illegal firearm, that is when you should inform us, that is our job. Don’t be cheated that it is safe to do it the way it was done by the people who did it, it was extremely risky and they could even have fallen into a very dangerous trap,” he said.

“If we refuse to cooperate with you then you can also report that because this is a very noble task you’re undertaking.”