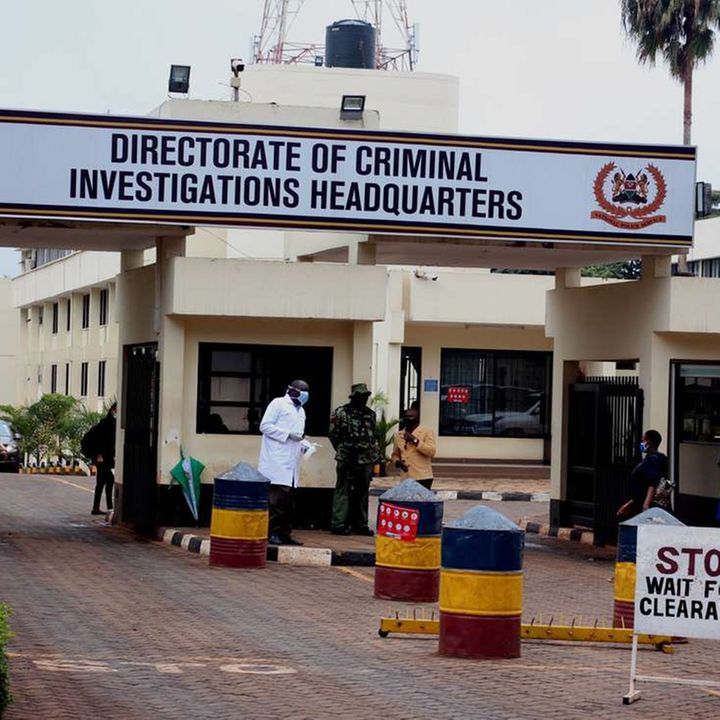 A dispute has emerged between officers from the Directorate of Criminal Investigations (DCI) and Ndaragua Police Station over the detention of 15 murder suspects.

The officers based at the station said the DCI officers were going against the law, holding the suspects for a long time on claims that they were conducting more investigations before prosecution.

The 15 suspects were arrested on suspicion that they were linked to the murder of Amos Gichuki, 25, on May 15, this year. It has been a month and a half since they were arrested, with DCI officers pleading with the Nyahururu Law Courts three times for more time to conduct investigations.

In a sworn affidavit, detectives had told the court on June 21 that they believed that Gichuki was murdered at a local bar and his body taken to his house, put on the bed before it was laced with acid on the face and covered with blankets. The officers pleaded for five more days to complete investigations.

Gichuki’s decomposing body was found in his house at Suguroi village in Nyandarua North a week later, on May 21.

While making an application before the court on June 21, Corporal Ben Korir of the DCI pleaded with Nyahururu Chief Magistrate Charles Obulutsa to grant them more time to hold the suspects in police custody, saying this would enable the DCI office to piece together evidence to pin down the suspects.

He told the court that the detention of the suspects would also allow for collection of DNA and blood samples from the suspects, testing and acquiring of key exhibits before presenting the suspect in court.

“We believe that the victim was murdered in the bar and carried home, about a kilometre away as some bloodstains were found in the bar, and at the back. We need time to take blood samples from the suspects and take them to the government chemist in Nairobi for testing,” the officer told the court on Monday last week.

The DPP said the holding order would allow detectives to complete investigations by taking witness statements, obtaining call data on the suspects’ cell phones, and securing a forensic report on cybercrime aspects of the case, among other procedures before the suspects are formally charged with murder.

However, when the 15 suspects were taken back to court on Monday, Mr Korir told the court his office was not ready to charge the suspects and pleaded for more time to continue holding them at the station.

“We have not completed investigations. The file is still with the DPP… We have obtained call data on from the suspects’ phones and submitted them to Safaricom for analysis,” he told the court.

Mr Korir further told the court that officers were yet to receive blood and DNA sample analysis from the Government Chemist in Nairobi.

“We have been remanding the suspects in our cells which are as small as two-by-eight feet for over 30 days now and little is being done by the DCI officers at the station to ensure that the suspects have been charged. The station is at a standstill and we can no longer arrest other offenders as our cells are currently full,” lamented the OCS.

Mr Mukia is worried that the congestion in the cells puts the suspects at risk of contracting and spreading Covid-19.

He further told the magistrate, “We arrested all the suspects and handed them over to the DCI for investigations, but there are no investigations that are being done. What they do is to take them out of the cells every morning to bask outside and later take them back to cells in the evening.”

The magistrate was forced to adjourned the court proceeding for 10 minutes to allow both the DCI, DPP and police to agree on the matter.

The magistrate later directed the officers to release the suspects on police cash bail.

“The OCS should go back to the station and decide on the amount of police bail to release the suspects as investigators continue with their investigations,” said Mr Obulutsa.

READ ALSO  Relief for Kenya as US eases travel advisory