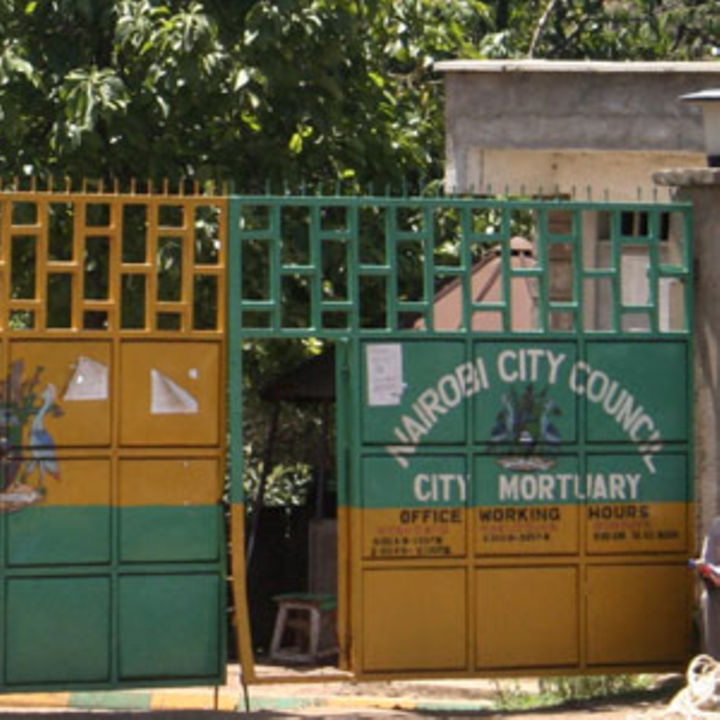 In a village in Bungoma, a family is all of a dither as it awaits a court’s decision on the exhumation of their kin’s body. Sabenzia Killong, 47, disappeared on December 22 last year under mysterious circumstances.

The family searched for her in hospitals and mortuaries in vain, only to be informed by the Directorate of Criminal Investigations (DCI) that she had died at Kenyatta National Hospital (KNH).

Upon inquiry, the hospital said it had buried her at the Lang’ata Cemetery ‘in a mass grave’ on April 27.

“I want to be given the body so that I can accord her a decent send-off. I also want to know the circumstances under which she died, and why the hospital went ahead to bury her, despite the DCI having identified her three days earlier. They buried her without informing us,” the father, George Killong, said at his Tabani home in Bungoma County.

Miles away at Ingoboor in Nakuru County, Esther Cheluget has never stopped mourning her son Jeremiah Koskei. It has been seven years since he was buried in a mass grave.

He had disappeared for seven years when a relative called to inform the family in 2019 that he had seen a notice that was published three years earlier by the City Mortuary, listing 96 bodies that were set for burial in mass graves. It had the name ‘Jeremiah’.

“We do not know exactly whether that was our brother. We went to the mortuary to try and find out what documents they used for the identification of the body they buried, but they declined,” his younger brother, Mr Henry Koskei said.

“I mourn daily. I just need closure. It’s too late to ask the government to exhume the body, but I need to know if that was my son they buried and what killed him,” Mrs Cheluget said.

To the devastated mother, Jeremiah was dumped like garbage.

Unclaimed bodies in public morgues are usually disposed of to pave way for the preservation of others. Sadly, most families are usually unaware that their loved ones had died, especially if they had stopped communicating for a while.

The Public Health Act (Cap 242) Mortuary Rules stipulates that no person shall keep the dead in a morgue for more than 10 days. If a body remains unclaimed for 21 days, the hospital is allowed to dispose of it so long as they have sought court orders and given 14 days’ notice to the public.

“The problem is that not all families, especially those in rural areas, can access newspapers. So they are usually searching for their kin, thinking they are lost when they actually died and are kept in morgues,” Mr Koskei said.

This is the tragedy that befalls relatives of missing persons, yet the country has a robust identification database under the Department of Immigration Services and in the Ministry of Interior and Coordination of National Government.

City Mortuary Senior Funeral Superintendent David Wanjohi says when bodies overstay in a morgue, they notify the county chief officer for health who approves a list to be published in the newspapers notifying the public that the corpses would be disposed in a week.

“From there, we obtain a court order to allow us to bury them in mass graves,” Dr Wanjohi told the Nation.

But how complicated is it for the government to identify the body and notify the family?  In cases where the identification documents are found on the body, it’s the police’s responsibility to identify the victim.

READ ALSO  We Really Enjoy the Student Life at ISU

If an ID is found, the police are procedurally tasked with contacting the Provincial Administration to trace the family. Student IDs, driving licenses, hospital summary discharge and others may also be used, since they can aid in tracing the deceased’s next of Kin.

In cases where the fingerprints are not damaged, police can use them to identify the body through the registrar of persons’ database. The forensic laboratory domiciled at the DCI and the government chemist also help in identification of bodies, especially those linked to crime.

But this is not happening, despite the systems in place to do so. Security analyst Kennedy Kibet says all available resources are enough to save families from agony.

“The forensic science used in crime scenes to identify perpetrators should be used to identify bodies, but authorities lack the good will,” said Mr Kibet, adding that in some countries, only bodies of young children whose details cannot be retrieved from the national database are unidentified.

Chief Government Pathologist Johansen Oduor said identification of bodies would be easier if the police, the National Registration Bureau and the holding facilities cooperated and used due diligence to notify relatives.

He said the institutions lacked the energy to follow-up on missing persons, retrieved unidentified bodies and generally, details of victims taken to the morgues. There is a “worrying lethargy and lack of coordination”.

A Public mortuary superintendent who requested not to be named said sometimes the facilities are overwhelmed with uncollected bodies.

“We receive at least five bodies a day. That is over 100 bodies in a month. At least seven are either unclaimed or unidentified monthly. We rely on the police to help trace the families to identify them. When this does not happen, we are left in a dilemma,” the senior officer said.

A detective admitted there is laxity on their part because they are overworked. Most of the officers assigned to the cases either do not bother to follow up on the families or lack the resources to do so.

The US, Canada and China have an online database with details about the identity of a person, place of birth, case number, weight, date of birth, details of facility where the body is stored and the date it was booked in.

Families are facilitated through the websites to book with the Office of the Coroner the dates of identification and collection.

At least 1,570 unidentified bodies were buried in Kenya last year.

Legally, medical schools and research institutions, with permission from the Minister for Health, are allowed by the Anatomy Act Cap 249 to obtain unclaimed bodies for studies.