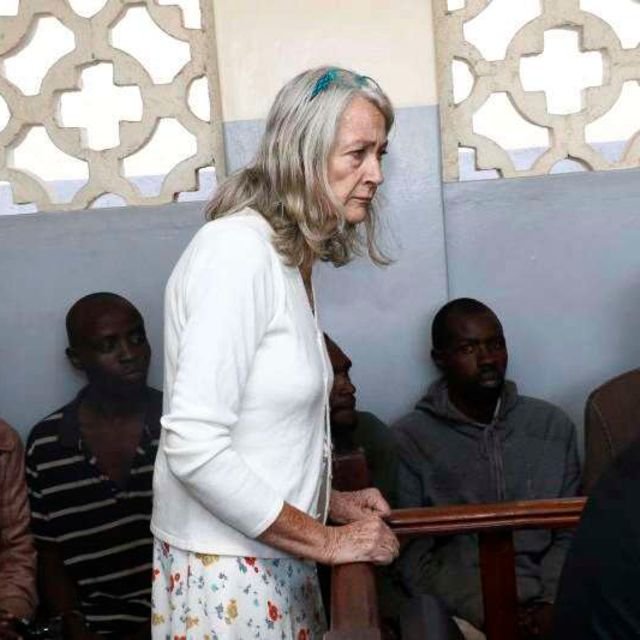 Seven years after his death, British tycoon Richard Ingram Crawford’s spirit cannot rest quietly in his grave, with his friends, former allies and workers battling for his property.

Crawford, who settled in Kenya in 1950, died a bachelor in Nakuru, leaving behind property valued at over Sh74 million.

He is said to have enjoyed a cordial relationship with many people as he made successful exploits in business and agriculture.

His predicaments began in 2008 when he was attacked by armed robbers at his house at Mwariki, Lanet, leaving him with injuries that led to memory loss and Parkinson’s disease, which he fought until his death in 2014.

Even before the flowers on his grave withered after his burial, the fight for control of his wealth among his friends, business allies and workers began.

Being the closest person to Crawford by virtue of her work, Sarah Joslyn, his personal secretary, took the opportunity to embark on acquiring the rights to control the estate.

She allegedly forged a will that she used to successfully petition for letters of administration of Crawford’s estate.

Documents in the High Court in Nakuru show that she conspired to do this with her lawyer Henry Aminga.

However, before the grant could be confirmed by the court, another person identified as Stephen Ngatia, who claimed to be the son of Crawford’s former business partner John Maina, learnt of the succession proceedings and lodged a complaint with the police.

Mr Ngatia secured court orders to revoke the grant. He claimed Crawford had adopted his family and had promised to leave his properties to them.

He told the court that Crawford and his late father were close friends and business partners who had ventured into the fuel business in Nakuru and enterprises in Lanet.

The new development saw Ms Joslyn arrested and charged with forgery, a case that is still pending.

It was also discovered that Ms Joslyn had also conspired with Mr Aminga to defraud Crawford of his land in 2011.

He denied the charges and challenged them at the High Court.

As the case was going on, a group of squatters living on part of Crawford’s land sought to be allocated their share of the land.

Members of the group said they had worked for Crawford for a long time and claimed he had promised to settle them on the land. They complained that Ms Joslyn was trying to kick them out of the property.

One of the workers, James Njogu, who claimed to have worked for Crawford for 30 years, said Ms Joselyn took over control of the property and became hostile.

“When we demanded our benefits, she told us to vacate the houses first. We felt it was unfair because Crawford had promised to give us the house and benefits,” he said.

And before the court matter could be resolved, another man identified as Wycliff Winston Waita, brought to the attention of the court new allegations against the parties in the case.

He, in 2019, presented to the court a letter he had written to the Commission on Administrative Justice, accusing Ms Joslyn of cremating Crawford’s body without valid documents.

READ ALSO  Why Saumu Sonko pulled down all her Instagram photos

In the letter, filed before Justice Teresia Matheka, Mr waita claimed that Ms Joslyn, though she was allegedly a stranger to the tycoon, oversaw the cremation on February 1, 2014 alongside her estranged husband Roger Joslyn.

“Joslyn had neither court orders nor authority from the Department of Registrar of Persons and National Police Service. She did the cremation without death and burial certificates from the department of Civil Registry,” the letter said.

Mr Waita, who claimed to be a former employee of Crawford, accused Ms Joslyn of attempting to kill Crawford by using thugs to attack him in 2007.

And now he has written another letter to the Directorate of Criminal Investigations (DCI) seeking information on a police inquiry into Crawford’s property.

“I seek the intervention of the DCI to be issued with a note that I can present to the Ministry of Land and Physical Planning in order to get the hard copies of (the) valuation and compensation report in respect to a road which was constructed from LR No 9950/1 Nakuru County,” the letter said.

Crawford owned about 45 acres of prime land in Mwariki, on the Nakuru-Nairobi highway, as well as Blue Cross Kennels.

The Nation has learnt that the parties are thinking about resolving the matter out of court.