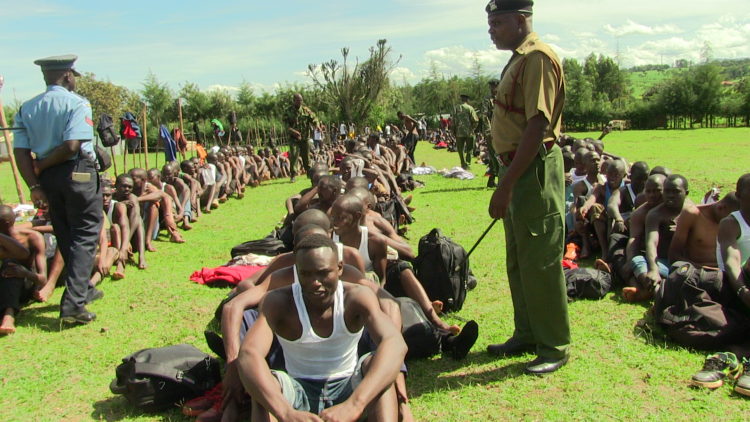 The National Police Service (NPS) has requested that degree holders refrain from participating in a police recruiting exercise that will begin tomorrow, Thursday, March 24.

In an effort to employ 5,000 new police constables, the agency says it will not seek university graduates. NPS claims that this is due to a previous blunder in which it hired graduates, which resulted in a wage dispute.

“We are recruiting police constables with a minimum qualification of D+ in their Kenya Certificate of Secondary Education [KCSE] exam and it remains as such. This is because there is a particular job group for the advertised positions. We are advising those with degrees to wait for other positions to avoid labour issues,” NPSC official John ole Moyaki remarked during a pre-recruitment session in Kabarnet.

Commissioner Moyaki, on the other hand, stated that they are not trying to prevent graduates from joining the police force, but rather to provide them the opportunity to explore for other employment that fit their educational skills.

He urged potential police recruits to meet the minimum requirements in order to prevent a slew of problems throughout the recruiting process.

“We are not discouraging graduates from joining the police service, but there are better opportunities and higher job groups that would suit them, apart from the police,” he stated.

Natbank Trustee registers 34% growth on Profit After Tax in 2021