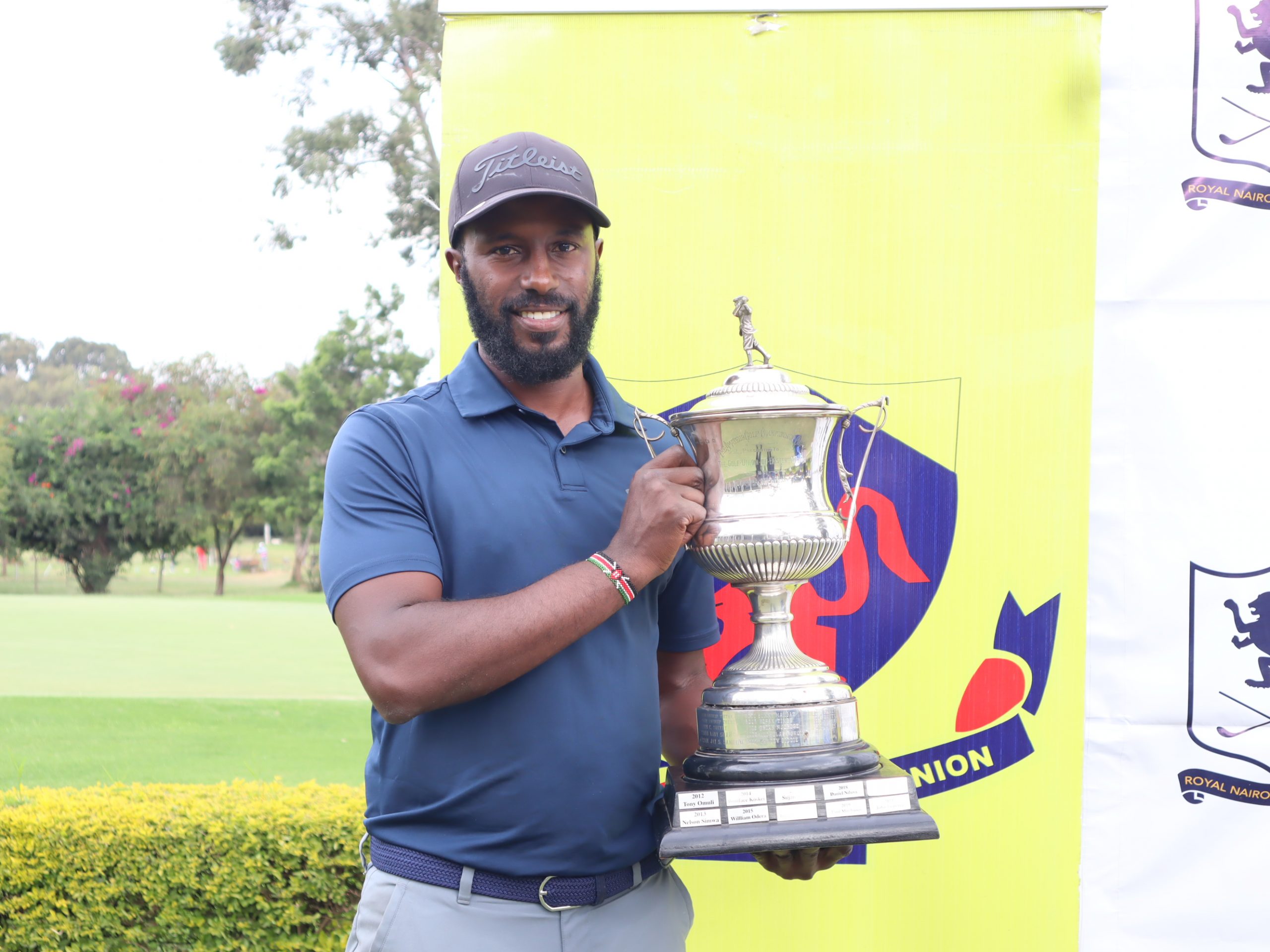 Dennis Maara from Limuru Golf Club has won the 100th edition of the Kenya Amateur Match Play Championship at the Royal Nairobi Golf Club which attracted a total of 90 players from Uganda, Tanzania, Ethiopia, and Kenya boasting a handicap index of 10.8 and better.

Maara won 7 and 6 against his opponent Jay Sandhu of Muthaiga Golf Club.
The event started with a stroke-play round where the top 32 qualified to play the Main event – Kenya Amateur Matchplay Championship.
The tournament also attracted seven junior members who played the event but only two made cut, Junior Mikael Kihara who lost to Jay Sandhu in the second round, and Njoroge Kibugu who lost in the semi-finals losing it to Jay Sandhu
During his speech, Dennis Maara thanked his opponent for putting in a good show and fighting till the end. He also thanked the Kenya Golf Union for coming up with a platform where players are able to showcase their talent. Maara is the first golfer to secure a slot to play the Magical  Kenya Open to be played next year.
The Kenya Golf Union Chairman Mr. Njani Ndiritu thanked the Royal  Nairobi Golf Club for hosting the 100th Edition of the event.

‘The Kenya Golf Foundation was formed in 1928 here at Royal Nairobi Golf Club and it is indeed an honour to be here again to make history once more,’ said Mr. Ndiritu.

MP Gakuya accused of “Sponsoring Violence in her Campaigns”