‘Deserter’ policeman was at KNH in a coma 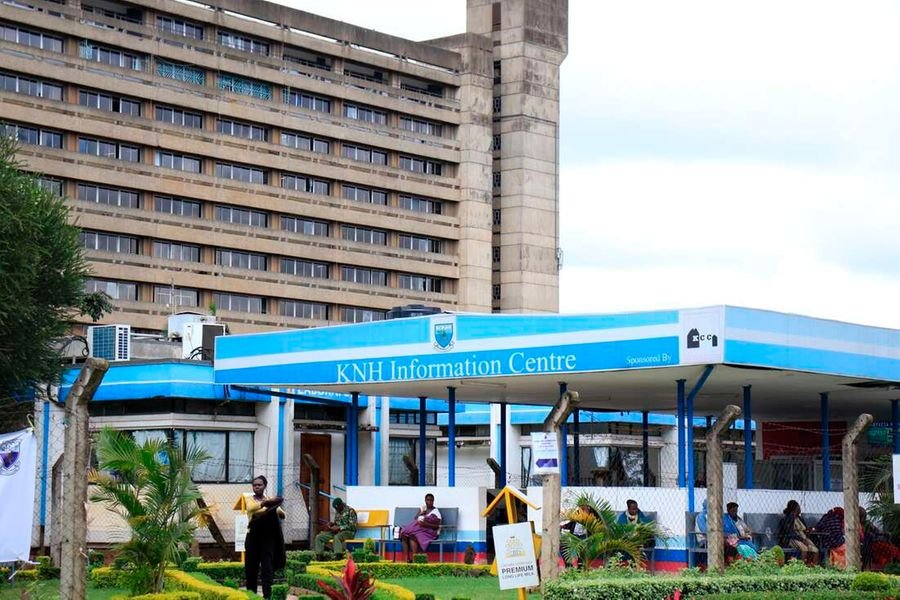 A police officer who had been declared a deserter after missing from work since January has resurfaced.

It emerged Constable Rueben Kimutai Lel had been comatose at Kenyatta National Hospital (KNH) for more than nine months without the knowledge of his family or friends.

A warrant of arrest was issued in January at the Makadara Law Courts after Mr Kimutai failed to return to work after going on leave in December last year.

Mr Kimutai, who was stationed at Jogoo Road Police Station, had been seconded to the Judiciary as an orderly at the Makadara Law Courts.

The constable, who joined the service in 1984, had planned to travel to his rural home while on leave.

He was to return to work on January 9 but did not do so.

According to the National Police Service Act, any officer who absents himself from duty without an acceptable reason for 10 days is deemed to have deserted from the service.

“Upon reasonable suspicion that any person has deserted from the force, any police officer may arrest him without warrant, and shall thereupon take him before a magistrate having jurisdiction in the area in which such person deserted or was arrested,” says Section 94 (2) of the law.

“Any inspector or subordinate officer who deserts from the force shall be guilty of an offence and liable to imprisonment for a term not exceeding two years,” says the law.

After a search for Constable Kimutai – which included enquiring on his whereabouts from his family – failed to yield any fruit, a formal report declaring the officer a deserter was filed on January 19.

READ ALSO  VIDEO: Woman who stole lover’s mobile phones for refusing to give her fare

The officer was then charged in absentia and a warrant of arrest promptly issued.

“On January 19, 2021 at the Makadara Law Courts in Makadara Sub-County within the Nairobi region, being a police officer attached to Makadara Law Courts, absented himself from duty without leave for a period exceeding 10 days,” read the charge sheet.

The police were ordered to look for Mr Kimutai and present him before a magistrate on March 22. Unable to find their colleague by the set date, the police asked for more time.

They were given a new date of October 12, when the matter was to come up in court again.

Meanwhile, the National Police Service began the process of striking Mr Kimutai’s name from its payroll since no one could locate where he was.

However, unknown to the government and his family, Constable Kimutai was all this time at KNH.

He had been involved in a hit-and-run accident on Jogoo road in Nairobi on December 20, just a few days after proceeding on leave. His skull was badly fractured in the incident and he had no identification documents on him.

His mobile phone and wallet were apparently stolen by the first responders. It was not immediately established where he had first been taken to after the accident, as he was taken to KNH the next day while still unconscious.

And since he could not talk, he was registered as Augustine Neto and immediately wheeled into the intensive care unit (ICU) to begin treatment.

KNH declined to give us a photo of the officer citing doctor-patient confidentiality.

“The patient was admitted to KNH on December 21, 2020 after he was hit by a speeding vehicle along Jogoo Road on December 20 at 9.30pm. He was rescued by the critical services ambulance personnel and brought to KNH,” reads a letter by Kelwon Kandie on behalf of KNH to the National Police Service sent on September 16.

According to sources at KNH, the patient started regaining consciousness towards the end of last month. Although he had not yet recovered fully, he said his name was Rueben Kimutai Lel and that he was a police officer.

Although he hadn’t fully regained his memory, he identified a niece who lives in Makadara and a search for the niece and the officer’s other relatives began.

“When he had regained some level of consciousness, contact tracing through the National Bureau of Registration identified him as Rueben Kimutai Lel of ID number 6846690. The name indicated on admission was, therefore, changed in his hospital records,” KNH has told the National Police Service.

“He has recovered from the fracture but has not fully recovered his memory. The case is referred ‘To whom it may concern’ to help the patient get discharged from the hospital,” said KNH.

The letter was also copied to the Makadara Law Courts, which has since withdrawn the case against Constable Kimutai.

Meanwhile his family has been contacted and arrangements are being made to reinstate his name to the National Police Service payroll.

Related Topics:NewsRueben Kimutai Lel
Up Next