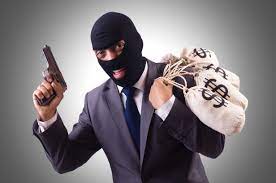 The raid on Ushirika Bank took place at 1:30 p.m., just as cash in transit was being handed in from the Cooperative Bank’s Bungoma branch, escorted by the injured officers.

A team of Nairobi detectives has arrived in Kimilili to assist locals in investigating and tracking down bandits who robbed Sh25 million after shooting and injuring three individuals, two of whom were police officers.

After critically wounding the bank manager and two police officers, the heavily armed robbers invaded a bank in Kimilili town yesterday afternoon and got away with the money.

The three were taken to Moi Teaching and Referral Hospital in Eldoret town, where their condition is stated to be stable.

Mr. Kennedy Khalakai, the bank manager, was shot in the left side of the stomach and the bullet is still embedded there, while police officers Boniface Hamisi and Joseph Lomulen were hit in the thigh and knee, causing copious bleeding.

The bandits, whose number is unclear, fled to Chwele market and then to Uganda after a violent exchange of gunfire.

READ ALSO  How you can get to USA as a smart student.
Related Topics:Bank robberyheavy gunfireKImililiMoi Teaching and Referral EldoretNewsUshirika Bank
Up Next