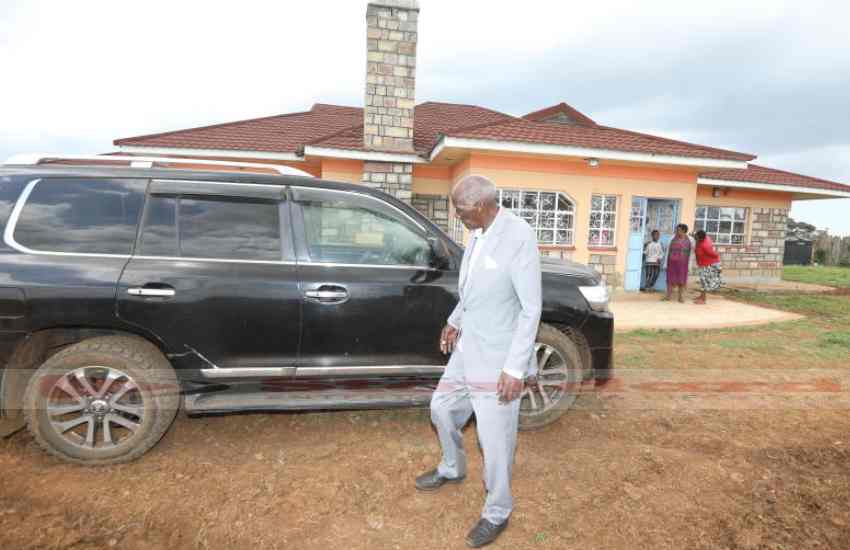 For the first time, Mzee Jackson Kibor’s will was made public, with details revealing that his three wives will each receive an equal piece of his multimillion-dollar fortune.

The tycoon possessed almost 5,000 acres of land in Trans Nzoia and Uasin Gishu counties, as well as additional lots distributed around Eldoret, according to a family meeting conducted on Friday, May 6.

Most notably, Kibor only bequeathed a portion of his estate to one of his grandchildren, Kipchirchir Kibor, the tycoon’s eldest son Phillip Kibor.

Philip told the reporters that the family was taken aback when they learned of Mzee Kibor’s properties, which they were unaware of.

Kibor began dispersing his assets months before his death, according to Philip.

He indicated that the majority of the family members were unhappy with the wealth distribution and that they would seek assistance from the elders if any disagreements arose.

“There might or might not be people who are not contented. This was a confirmation of what Mzee had previously told us. There were a few things that had been added to what he had told us earlier.”

“The will was typical of Mzee (Kibor) and those, of course, who will not be happy with his will have a free hand to go and contest in a court of law,” he stated.

Mzee Kibor passed on March 17 at an Eldoret hospital after a brief illness.