Diagnosed with hypertension in our late 20s 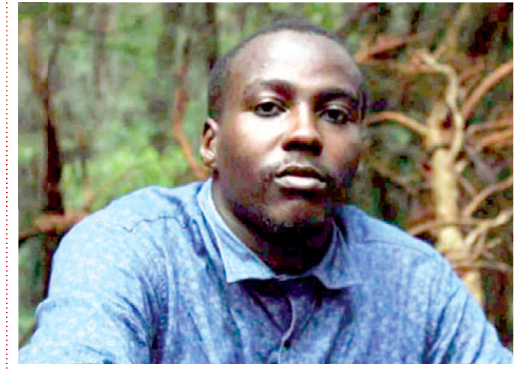 n 1995, Josephine Atieno Nyamwaya, a nurse, started having headaches that ranged from mild to very severe. She also experienced heart palpitations and sometimes felt dizzy. Being a nurse, she would check her pressure all by herself but when nothing changed, she consulted a friend who was also a nurse. “She booked for me an appointment to see the cardiologist who confirmed that I had hypertension and took me through a series of lab tests and ECG Scan to rule out any underlying conditions. The doctor confirmed that Josephine had essential hypertension, a type of high blood pressure that doesn’t have a known secondary cause. Also known as primary hypertension, this type if properly managed can be eradicated.

“I was shaken. At the age of 28 years I didn’t expect to suffer from hypertension. The doctor pointed out to the contraceptives I was using by then and recommended I see the gynecologist, who advised me to change to something else,” she recalls. To treat it, Josephine was given hydrochlorothiazide in the first month, with instructions to take one tablet every morning. Its main function is to assist in draining excess fluids from the circulatory system and in so doing lowers the blood pressure since her legs were also swelling. Despite that she had monthly appointments, her blood pressure had not gone low and that meant an adjustment in medication: besides hydrochlorothiazide, they gave her Telmisatan an antihypertensive to take in the mornings; Nebilet, another antihypertensive, to take at night’ and Atorid to control cholesterol.

“I took these drugs faithfully for three years and on the fourth year, the dosage was reduced by half for each drug since I was doing well. On the fifth year, everything was okay and I decided to give myself a break and still monitor the blood pressure,” she recalls. However, in 2003, the symptoms resurfaced and Josephine resumed her checkups and continued with the medication faithfully. In 2017, she developed serious back pains as a result of a slipped disc. “During this time the blood Pressure shot up because of the extreme pain. I underwent surgery on March 10, 2018 to correct discs which had slipped. The treatment was reviewed and I was given another set of medicine, which I am taking to date,” she adds. The doctors also instructed her to reduce fat intake in general and avoid foods rich in animal fat, such as red meat, processed meat and butter. Josephine also had to maintain a healthy body weight, exercise regularly, limit intake of salt and sugars, especially sweetened foods and beverages. “I was advised to eat more vegetables and fruits every day. Also to consume legume-based dishes regularly and choose unsalted nuts and seeds. In addition, I was advised to find healthy ways of coping with stress,” she says.

Josephine adds that she also monitors and records her blood pressure at least thrice a week and attends the clinic after every two to three months depending on the doctor’s instructions. She also makes sure doctors do a check up on her at least once a year to check whether her kidneys, heart and eyes are sound. Not old people’s disease For Salim Juma, 29, an electrician hypertension manifested as daily severe headaches. At first thought that it was due to over working and turned to pain killers to an extent they were of no help anymore. “I only came to know that it was hypertension after collapsing alone in the house. When I recovered a few hours later, I went to a hospital where I was informed my blood presure was too high,” he narrates. Salim couldn’t believe the diagnosis since according to him, hypertension is an ailment that only affects old people. However, tracing his genealogy, he discovered it ran in the family.

“My extended family have members who are suffering from diabetes and hypertension. I was advised to avoid junkfoods and overthinking and the doctor limited my alcohol intake. For instance, if I take alcohol daily, I’m supposed to take not more than two glasses of wine, two tots of whiskey and not more than four bottles of beer,” he says.

The doctor also prescribed propranolol, a pill which Salim says has had a very bad side effect on him. “I usually feel nausea and weak when I use it and so I opted to use natural methods like quitting alcohol and smoking and vowing off things that trigger it and that works quite well in managing my blood pressure levels,” says Salim. Hypertension is colloquially known as “the silent killer,” an apt moniker for a health condition that gingerly annexes the body, festers covertly and, if it goes undetected for long, can lead to death. Also known as high or raised blood pressure, hypertension is a condition in which the blood vessels have persistently raised pressure. With each beat of the heart, blood is pumped into the vessels, which transmit the blood to other parts of the body. As blood pushes against the walls of blood vessels, known as arteries, blood pressure is created. The higher the pressure, the harder the heart has to pump. Its infamy as a silent killer is largely attributed to its asymptomatic nature, notes an authoritative voice in cardiology.

“The majority of people with hypertension will not feel anything, unless it is very severe or it has caused complications,” says Prof Elijah Nyainda Ogola, an associate professor of medicine at the University of Nairobi and a consultant physician and cardiologist at the Kenyatta National Hospital. “The only way to know whether or not you have hypertension is for somebody to measure your blood pressure”. The World Health Organization (WHO) cites hypertension as a serious medical condition that can increase the risk of heart, brain, kidney and other diseases. “It is a major cause of premature death worldwide, with upwards of one in four men and one in five women — over a billion people — having the condition”, notes the health agency, adding that the burden of hypertension is felt disproportionately in low- and middle-income countries, where two thirds of cases are found, largely due to increased risk factors in those populations in recent decades. “In fact, globally, if we talk of risk factors for mortality, hypertension is number one”, Prof Ogola tells PD.

Closer home, the figures paint a grim picture of the looming threat of this stealthy killer. Hypertension is classed in the broader cluster of non-communicable diseases (NCDs), a group of diseases that accounts for 27 per cent of the total deaths and over 50 per cent of total hospital admissions in Kenya. The STEPwise Survey for NonCommunicable Diseases Risk Factors 2015 report states that the prevalence of hypertension has increased over the last 20 years, with studies showing that the overall prevalence varied in various Kenyan communities. Several factors combine to render hypertension a highrisk condition.

‘I wanted to tell the story of a poor boy from Kisii to the world,’ Makori Ongechi’s message after “leaving” Citizen TV