Diamond reveals he has two other children out of wedlock 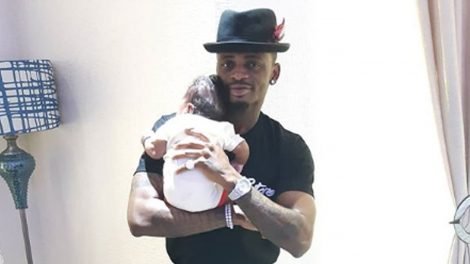 Multiple award-winning Tanzanian singer Diamond Platnumz has revealed that he might be having two other children out of wedlock, making the total number of such children to six.

Speaking on Wasafi FM, Diamond revealed that apart from his four children who are popularly known, he might be having two more who are yet to be introduced to the public.

Diamond revealed he had an elder daughter sired with a woman from Mwanza, Tanzania confirming that his daughter with Ugandan socialite Zari Hassan, Latiffa, is not his first born.

Before the revelation, the ‘Jeje’ singer was known to have four children with three different women.

He shares two children, a girl and a boy, with Zari, namely Latiffa and Nillan.

Naseeb Junior is his known fourth child whom he had with Kenyan singer Tanasha Donna.

He currently lives separately with all the mothers of his children.
By NN

READ ALSO  Why I am not getting married anytime soon: Diamond
Related Topics:Diamond Platnumz
Up Next