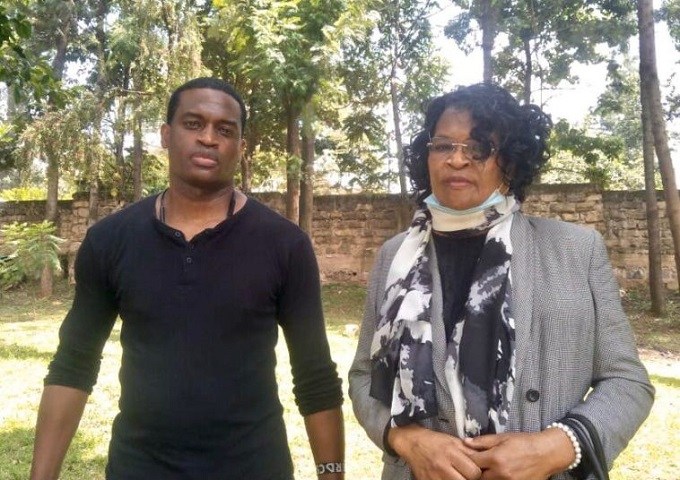 In an interview with members of the press on Tuesday, a day after Nyachae was laid to rest, Margaret Kerubo Chweya claimed that her family was allowed into the Gusii Stadium where the funeral service for the late cabinet minister was held but blocked from accessing Nyosia home for final funeral rites.

Ms Chweya, who has lived in the United States of America (USA) for the better part of her life, said her elder son is over 40 years old and the younger one over 30 years.

Ms Chweya revealed that she first met Nyachae in 1973 at Jogoo House, where she performed menial duties.

“I got employed at Jogoo House in 1972 as a junior staff member. I couldn’t do the white-collar jobs because of my limited education; I had dropped out in Form Two,” she said at her rural home in Kitutu Central in Kitutu Chache South Sub-County, Kisii County.

“When I shared my woes with Nyachae, whom I met in 1973, he offered to help me further my education, and also mentor me.”

What began as a platonic relationship, the woman claimed, advanced to a romantic one.

She claims that she later moved in with Nyachae at his Njoro Farm home in Nakuru County.

“In 1984, whenever he visited his Njoro wheat farm, he would ask me to tag along,” she said.

She claims to have been married by Nyachae under “customary arrangement”.

“1984 marked the beginning of what I considered a formal relationship between Nyachae and I, ” she added.