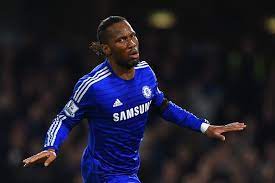 Chelsea legend super striker Didier Drogba has lost in the Ivory Coast Football Federation (FIF) presidential elections. He dropped his bid in the first round of the elections.

Yacine Idriss Diallo was elected president with 59 votes in Yamoussoukro yesterday. He was ahead of Sory Diabaté who got 50 votes and ex-superstar Drogba became third with 21 only of the total votes cast.

Yacine succeeds Augustin Sidy Diallo after four and a half years of crisis at the federation.

The crisis within the Ivorian Football Federation began at the end of 2017, following the non-qualification of the national team for the 2018 World Cup.

On December 29, 2017, clubs and several interest groups demanded an extraordinary general meeting to force the departure of the one who has led the FIF since 2011 and who was re-elected in 2016, Augustin Sidy Diallo.

Drogba played more than 100 times for the Elephants, including at the 2006 and 2010 World Cups, but was told in August 2020 that he was not eligible to stand in the election.

“The presidents of clubs have just killed Ivorian football, by eliminating Didier Drogba,” one fan, called Rosana said. “I hope that Ivorians will not take revenge by boycotting the 2023 Afcon.”

Yacine has a mandate of four years and the organization of the 2023 African Cup of Nations, which Ivory Coast is hosting, will be its first major challenge

READ ALSO  Kenyans with IDs should have KRA Pin numbers – Ruto says in bid to increase tax revenue
Related Topics:FootballNews
Up Next