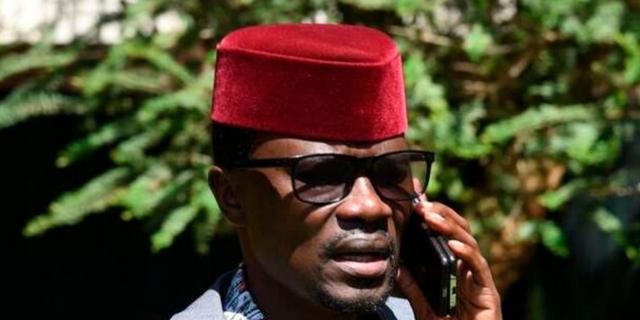 Wanted Kimilili MP-elect Didmus Barasa, is currently being held by police. The Bungoma police station is where Barasa reportedly turned himself in.

The Directorate of Criminal Investigations (DCI) sent out a team of specialized police to aid in his manhunt, and he turned himself in just a day later.

On the day of the election, Barasa was sought in connection with the killing of his rival’s assistant. Since that time, he had reportedly been hiding.

On August 11, his attorney, Dr. John Khaminwa, filed a motion with the court to prevent the MP-elect from being detained.

Dr. Khaminwa attempted to stop the Directorate of Criminal Investigations and the Director of Public Prosecutions (DPP) from pursuing his client by arguing there was insufficient proof connecting Barasa to the murder.

Following intelligence reports that suggested the newly elected MP had escaped to the neighbouring country, DCI turned its manhunt for Barasa to Uganda.

The MP-elect had 24 hours to turn himself in at the closest police station, according to Bungoma County Commissioner Samuel Kimiti.

At the Chebukwabi polling place, there was a disturbance during which Barasa allegedly shot and killed an opponent’s assistant.

According to a police report, the incident happened when Brian Khaemba, a candidate for the DAP-Kenya party, visited the Chebukwabi polling site to observe the vote-counting. Khaemba met up with Barasa while being accompanied by his assistant and his driver.

Brian Olunga, the victim, died from his wounds while being taken to the Kimilili sub-county hospital.

READ ALSO  US-based Kenyan who is sexually attracted to both men and women reflects on life ten years after coming out of closet
Related Topics:Didmus BarasaKimilili MPNews
Up Next