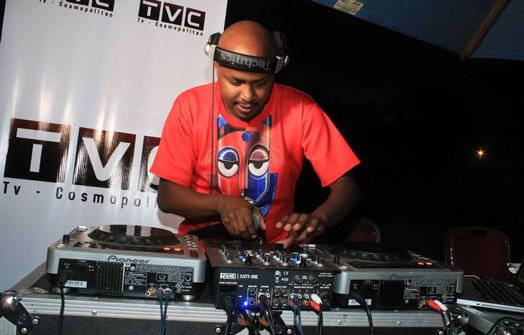 After 14 years together, Dj Crème de la Crème has finally asked the mother of his two children to marry him.

While sharing the good news, the celebrated DJ, real name George Njuguna, also wrote a sweet message to his better half Denise in which he acknowledged some of her good qualities as a partner and a mother to his children.

“It took me 14 Years..14 Loong Years to ask my Best Friend, My confidant, Mother to my kids, My Forever Person to Marry Me💕💕💕💕 I Know I’ve stressed you out so many times @deekingsky but My Heart and All I got belongs to you. I wanna Love you forever,” he wrote.

Their duo’s relationship has not always been a bed of roses.

In 2017 the deejay was embroiled in a scandal after a sex tape featuring him and a woman emerged online.

He later apologized to his family and friends for bringing shame and to their names due to the mistakes of his past.

Below are some of her colleagues and fans who came out to congratulate him.

Anita Nderu wrote, “Congratulations to you both🍾🎈🎊🎉.”

I’m grateful for each day that I’m alive