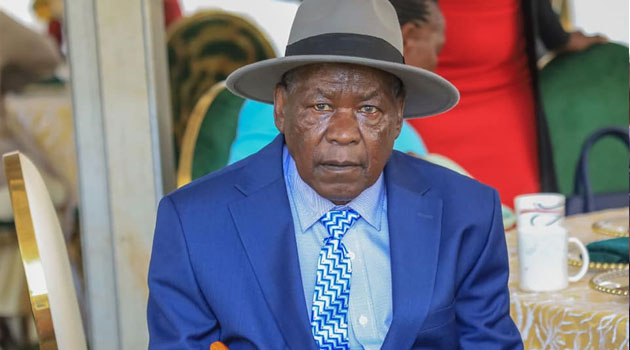 Jack Gachagua, the eldest and lone surviving brother of deputy president Rigathi Gachagua, has passed away.

Jack, a civil engineer, passed away in Karatina’s Jamii Nursing Home after battling blood pressure and diabetes for 20 years.

He lost the battle on Saturday not long after being brought into the hospital after experiencing problems.

The Deputy President announced the passing of his brother on social media, praising him as an icon.

“We shared beautiful moments of our life back in the village. I had the opportunity to thank you for paying my school fees in high school. We agreed on your enhanced role to lead the Kirigo family in view of my National duties,” he recalled.

“We parted happily and agreed that I would come home after we settle down to discuss family matters. Little did I know that those beautiful moments we shared would be our last.” Nderitu Gachagua, the former governor of Nyeri, also passed away in the family on February 24, 2017, while receiving cancer treatment abroad.

The deceased was brought to the hospital by Ruguru Ward MCA Erastus Muriuki after complaining of feeling ill on Saturday. However, he passed away while receiving treatment.

“Jack started feeling unwell on Saturday and informed his family who rushed him to hospital. I joined them later but while being treated he succumbed,” said Muriuki.

“We the people of Ruguru are mourning one of our own who has been with us for long,” he said.

The family has not yet announced plans for the funeral.