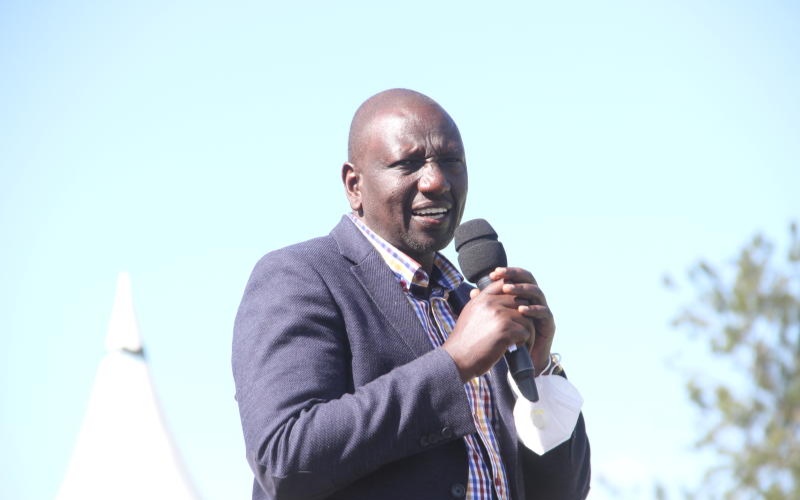 Politicians allied to Deputy President William Ruto have spoken on various political alliances being formed in the country ahead of the 2022 polls.

Led by Mumias East MP Ben Washiali, the leaders said they are ready to face any alliance noting that they are confident that they have built a strong battalion of politicians.

“Ruto can face off with any coalition or alliance, be it Mudavadi, Gideon, Wetangula, and Kalonzo, or even Raila,” said Washiali.

He also said the DP has decided to distance himself from tribal kingpins and instead focus on empowering the youth and promoting the hustler movement.

“People say Ruto is isolated, and we wonder if indeed they live in Kenya. What value will the One Kenya Alliance add to each other? They do not have numbers. Anyway, we are ready for whichever candidate they settle on,” he added.

On his side, Soy MP Caleb Kositany expressed confidence in DP Ruto maintaining that he is not tribal and he is focused on issues affecting ordinary Kenyans.

“The idea that you must have so and so on your side to win is outdated,” said Kositany.

DP Ruto will battle the One Kenya alliance, an alliance of Musalia Mudavadi, Moses Wetangula, and Kalonzo Musyoka.

There are speculations that President Uhuru Kenyatta pushed for the formation of the alliance in an attempt to tame the Deputy President.

ODM leader Raila Odinga has not yet declared that he would run for presidency once more.