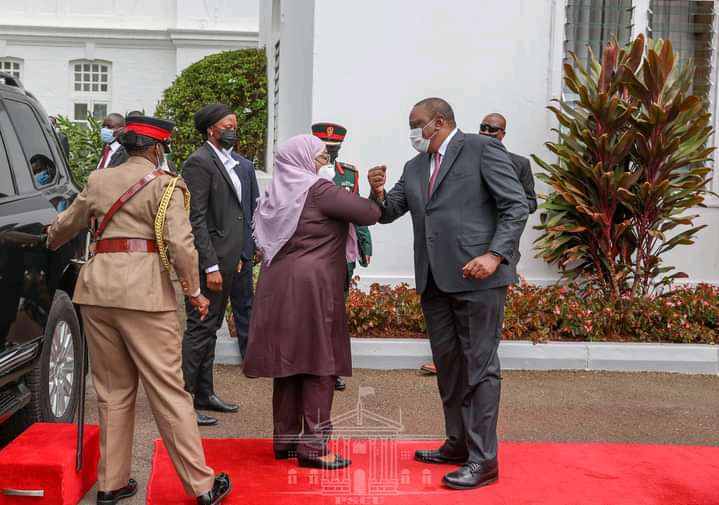 Tanzanian President Samia Suluhu on Tuesday, May 4 kicked off his two-day visit to Kenya and was received by President Uhuru Kenyatta.

After touching down at the Jomo Kenyatta International Airport (JKIA), the Head of State headed to State House where inspected a guard of honour mounted at State House and received a 21-gun salute.

Deputy President William Ruto was, however, conspicuously absent at both venues.

According to photos shares on his Twitter page, the DP was in a meeting with church elders – seemingly held concurrently with the Tanzanian president’s arrival.

“Handed over a vehicle to Rev. Daniel Lotuno of AIC Ilmasin, Kiserian, Kajiado County. Blessed to have joined the church in acquiring a tool for evangelisation,” wrote the DP.

READ ALSO  Lobby group roots for youth empowerment as a way of eradicating poverty
Related Topics:DP RutoNewsUhuru
Up Next