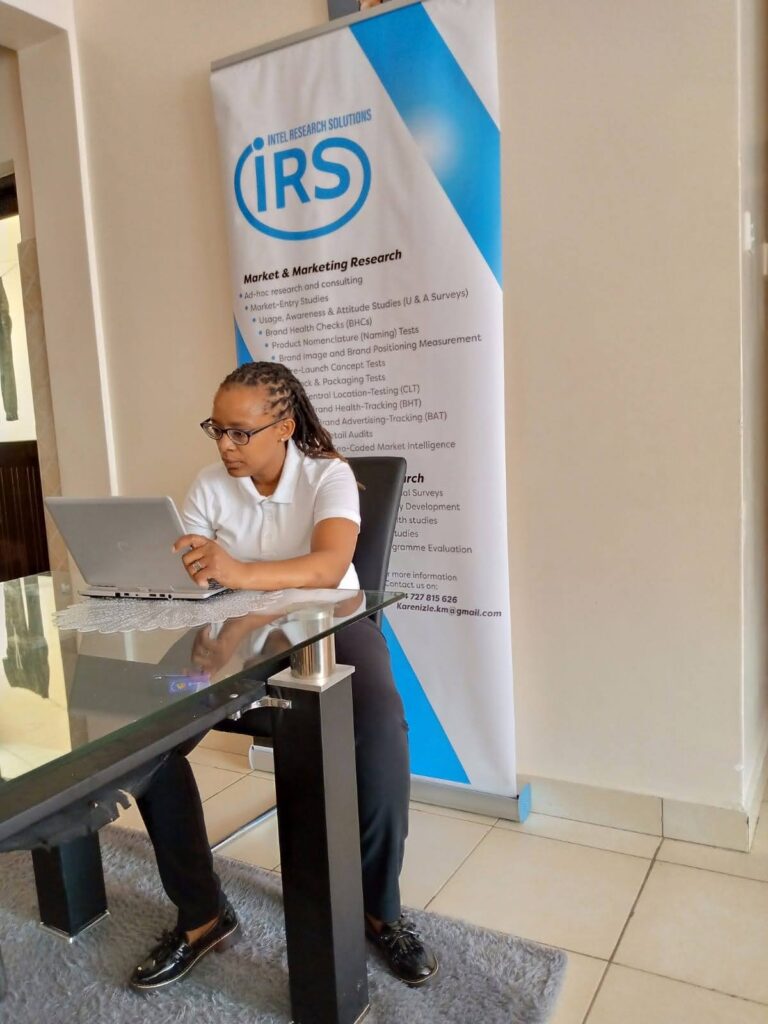 36
SHARES
ShareTweet
By Shadrack Nyakoe Deputy President William Ruto who is also the flagbearer of the Kenya Kwanza Alliance is the most preferred presidential candidate according to a survey. The research released yesterday by Intel Research Solutions (IRS) shows Kenya Kwanza would garner 51.2 percent of votes if elections were held today; whilst Azimio la Umoja Coalition pair of Raila Odinga and his running mate Martha Karua would garner 42.5 percent of the votes.

“ It is very clear that the presidential election is taking shape. Most of the people we talked to expressed their confidence in DP Ruto. The majority say his ideologies work well for their needs,” CEO Intel research solutions Karen Mwangi.

The poll revealed that Agano Party presidential candidate David Waihiga Mwaura would get 0.7 percent and Roots Party candidate Prof George Wajakoya would garner a partly two percent of the total votes. The poll which interviewed 17,127 respondents had a margin error of +/- 2%. A national random sample was drawn from a database of potential voters across the country. Sampling was done at the County level with county representative samples in a concerted effort to achieve County & Regional analysis. According to Mwangi, Ruto seems to be getting much support from young people between 18-35 years majority of them hailing his hustler narrative. Ruto enjoys 57. 1 percent of voters between 18-35 years while Raila enjoys the support of 36.9 percent. On the other hand, the majority of  Kenyans aged 55 years and above prefer Raila to be their president.
READ ALSO  Airlift Luncheon Experience Part 1

“ From our findings, it came out very clearly that most of those Kenyans advanced in age prefer Raila. Those we interviewed said his ideas work well with them and they even said they were safe under his leadership,” said Mwangi.

In terms of gender, the poll revealed that more females would vote for Ruto leading by 52. 5 percent. Raila would get 39.9 percent of women. For males, Ruto would get 49.9 percent with Raila getting 45.0 percent. At the same time, the poll revealed that the number of undecided voters had gone from 9 percent to 4 percent. According to the survey, it noted that support for the two alliance coalitions is quite evenly split across the country, aside from Central Rift where Kenya Kwanza dominates, and in Nyanza where Azimio is dominating. Raila’s strongholds, according to the survey include; Nairobi, Mombasa, Kilifi, Taita Taveta, Garissa, Wajir, Mandera, Marsabit, Makueni, Machakos, Kitui, Busia, Kakamega, Vihiga, Siaya, Kisumu, Homa Bay, Migori, Kisii and Nyamira. On the hand Ruto is reported to command support in Isiolo, Laikipia, Embu, Meru, Kiambu, Murang’a, Nyandarua, Tharaka Nithi, Nyeri, Kirinyaga, Kericho, Bomet Uasin Gishu Elgeyo Marakwet, Nandi and Baringo. The battleground counties include Tana River, Kwale, Lamu, Turkana, Samburu, Nakuru, West Pokot , Narok, Kajiado, Bungoma and Trans Nzoia. The new poll came just a month ago after another research firm Tifa released a poll indicating that Raila would lead by 39 percent of the votes.
Related Topics:Kenyan politicsNews
Up Next

KenGen to ship in electric cars after installing charging station