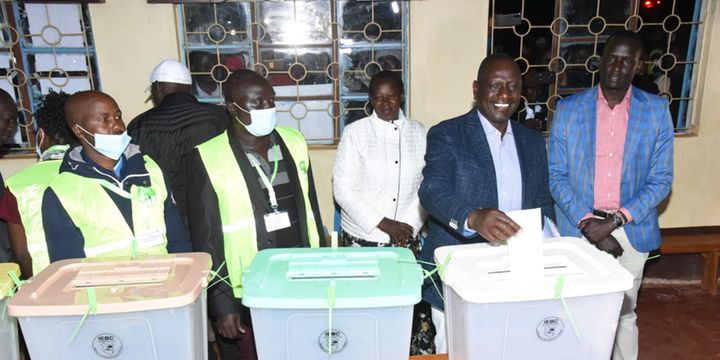 Deputy President William Ruto says that he arrived early at the polling place to avoid bothering his neighbors.

In a statement made after casting his ballot at Kosachei Primary School in the Turbo Constituency at 6 a.m., Dr. Ruto said that due to his prominence and political influence, he believed voting during the day would create extra trouble to those waiting in line.

Dr. Ruto and his wife Rachel arrived at the polling places only two minutes before they opened.

READ ALSO  Deliverance Church pastor who died of Covid-19 to be buried Friday
Related Topics:August ElectionsDP William RutoNews
Up Next