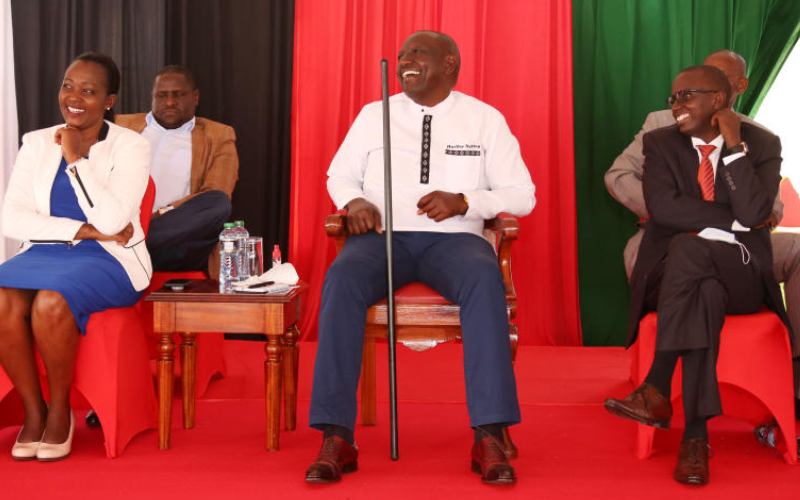 Deputy President William Ruto’s team has  denounced an apology letter addressed to President Uhuru Kenyatta noting that it is fake.

In the letter, DP Ruto confessed to being the cause of Jubilee government failures, and not heeding Uhuru’s directive of not engaging in politics.

Instead, he should have focused on the government’s development agenda.

This came barely a month after Jubilee Secretary General Raphael Tuju clarified on the impending ouster of William Ruto as the party’s deputy leader noting that it will not affect his role as the Deputy President.

Tuju, on Wednesday, March 17, said that they would eject Ruto from the position of Deputy Party leaders’ post and not his position as Deputy President of the country.

President Uhuru Kenyatta is expected to chair a National Executive Council (NEC) that will decide whether to kick Ruto out of Jubilee after the DP was accused of promoting the agenda of another party, the United Democratic Alliance (UDA).