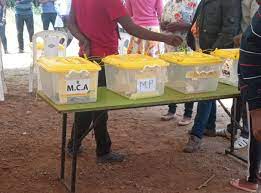 A number of influential officialps and members of deputy president William Ruto’s United Democratic Alliance (UDA) Party have lost in the party primaries held yesterday in various parts of the nation.

The high muck a muck who lost in the nominations include nominated senator for persons living with disabilities Isaac Mwaura who was contesting for Ruiru Constituency MP.

The incumbent MP Simon King’ara won the ticket with 4,688 votes beating his closest opponent Mwaura at 2,428.

Mwaura dismissed the entire electoral process as shambolic claiming it was marred by major irregularities including alleged voter bribery, delayed delivery of materials and expulsion of his agents from stations where tallying was being done.

“We will file a formal complaint to the party because what happened in Ruiru was not an election. It was all shambolic and the evidence we have is very clear. We want UDA to declare the exercise null and void and allow Ruiru people to engage in a free and fair electoral process,” he said.

Another big loser is nominated MP Wilson Sossion who was vying for Bomet Senator’s seat.

“This sad event occurred at midnight and I reported to the Silipwet police station, and I confirm that police were able to impound ballot papers and ballot papers that were being transported to an unknown and unsecure destination,” Sossion said. 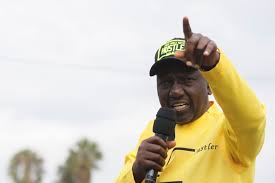 Related Topics:Kenya news
Up Next