Drama as preacher's family held on way to Nairobi 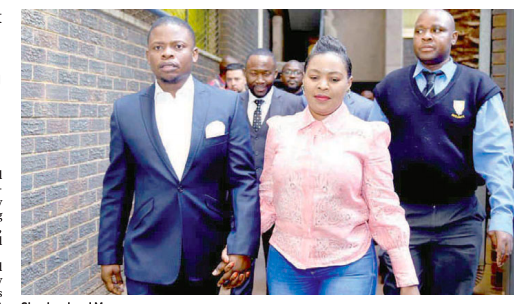 The family of controversial South African ‘prophet’ Shepherd Bushiri was on Sunday night stopped from airlifting a sick relative from Lilongwe, Malawi to Nairobi for medical attention.

People Daily newspaper reports it has established that members of the family were stopped at the Hastings Kamuzu International Airport in Lilongwe from leaving the country to Nairobi aboard a private jet.

Details released by Malawian authorities revealed that aboard the Nairobi-bound private jet were prophet Bushiri’s two daughters Raphaella and Israella and his mother in law, Esther Bushiri.

His Malawian lawyer Wapona Kita who spoke to People Daily yesterday said that one of the prophet’s daughters needed serious medical attention and had been referred to a leading private hospital in Nairobi for further medication.

The daughter had been hospitalised in a Malawian hospital for months now before her doctors referred her to the Nairobi health facility where she had previously been admitted to and has her medical history. It is against this background that the family hired the private air ambulance to airlift her to Kenya.

People Daily newspaper reports it learnt that the ailing daughter was to be accompanied on the trip by two Kenyan medics who were already in Malawi.

“The daughter is currently hospitalised and there was a need of ensuring that she gets medical attention in a Kenyan hospital where she has been admitted to in the past,” the lawyer said, describing the patient’s condition as “serious.” Wapona, who is the lead lawyer the prophet ids currently facing said that he had personally visited the girl in hospital and ascertained her condition as worrying. The lawyer denied claims that the prophet and his wife Mary were plotting to fl ee the country to avoid an ongoing case in which he is fi ghting his extradition to his native South Africa. Extradition orders He said that his clients were happy staying in Malawi and fi ghting the extradition orders. The extradition request was fi led by the South African authorities in December last year.

The lawyer said that the prophet is expected in a Malawian court on March 8 to fight the extradition orders. The self-proclaimed prophet had moved to court after the Malawian government agreed to South Africa’s request to deport him and his wife.

“We are prepared to go to court and fight the matter while he is still here,” Bushiri said.

Local media reported that drama was witnessed at the airport when officers swiftly acted and thwarted the plans of the prophet’s family members to leave Malawi despite the private plane waiting for hours. Bushiri has been seeking political asylum in Malawi, since November last year when he sneaked from his native home in South Africa just days after he was granted bail on a money laundering case he is facing.