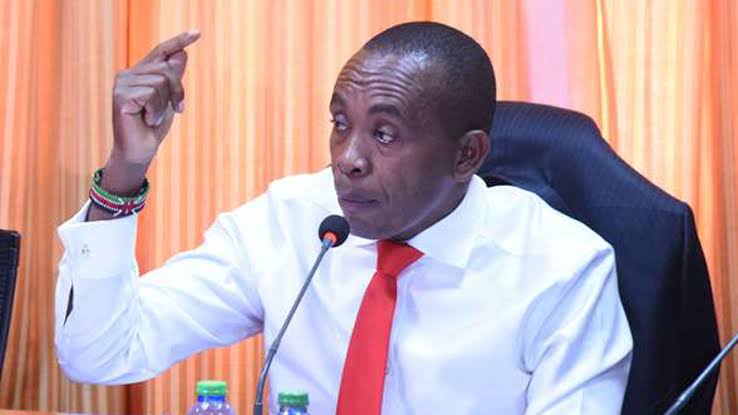 There was some humour at the Senate on Thursday afternoon after Kiambu county senator Kimani Wamatangi showed up with a funny face mask.

The Senator was forced to explain to what he was wearing in firm of a face mask since it looked odd to the rest of the senators.

His grooming was noticed by Homabay county Senator Moses Kajwang’ who requested the speaker to rule on whether the face mask was indeed part of the accepted grooming in the Senate.

“Mr speaker sir, I would like to confirm that we have different types face masks and this one is among the allowed face masks that are very efficient,” explained Wamatangi.

However, some senators were heard laughing at the senator since the face mask he was wearing looked funny at him whereas the rest of the senators in the Senate were in normal kind of masks. 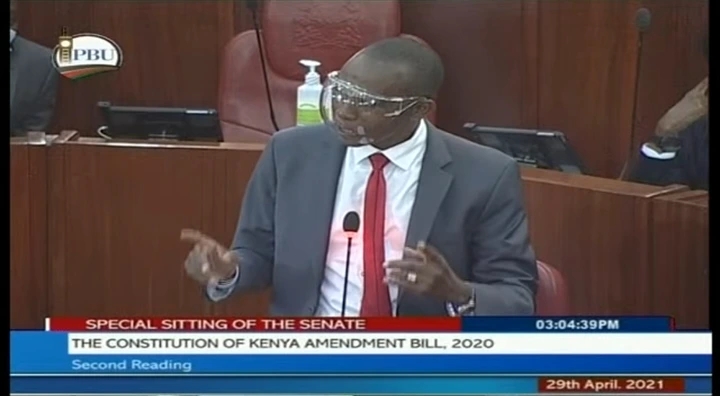 Also, drama ensued in the House in the morning as legislators debated the BBI Bill, with some of the Senators seeking to scuttle the process of changing the Constitution.

Allies of Deputy President William Ruto are seemingly seeking to have the amendment to the constitution completely done away with since it is not timely at the current period of time.

READ ALSO  VIDEO: Drama as Kenyans in US use their flag to cover nakedness of 3 pro-abortion activists at Joe Osteen's Church
Related Topics:
Up Next