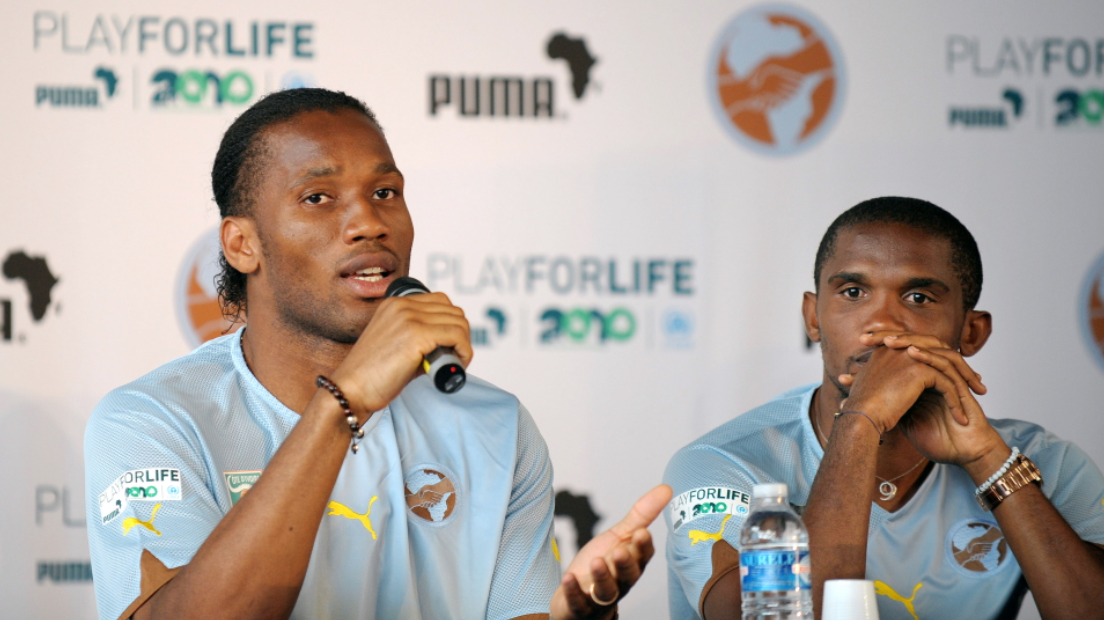 Drogba will represent his country, while Eto’o, a former Barcelona and Inter Milan superstar, will participate as the Cameroon Football Association’s representative.

In a brief phone interaction with Kisumu County Sports CEC Achy Alai this morning with a local daily, it was revealed that numerous other significant figures in the sports and entertainment industries will be attending the summit, including Lupita Nyong’o, the event’s brand ambassador.

“Sports clinics will be done in local football academies and local clubs in Kisumu by the legends,” Achy added.

Drogba and Eto’o are scheduled to speak about football and sports management in general. This comes as FIFA has barred Kenya from participating in any sport due to government meddling.

Etoo was recently spotted in Malindi, Kenya, with his family, where he was said to be on holiday.

Raila Odinga, Africa’s high representative on infrastructure and a presidential candidate under Azimio La Umoja, will also speak at the conference.

READ ALSO  Shaffie Weru- I got into depression after being fired
Related Topics:Africities Summit 2022Didier DrogbaNewsSamwel Eto'o
Up Next