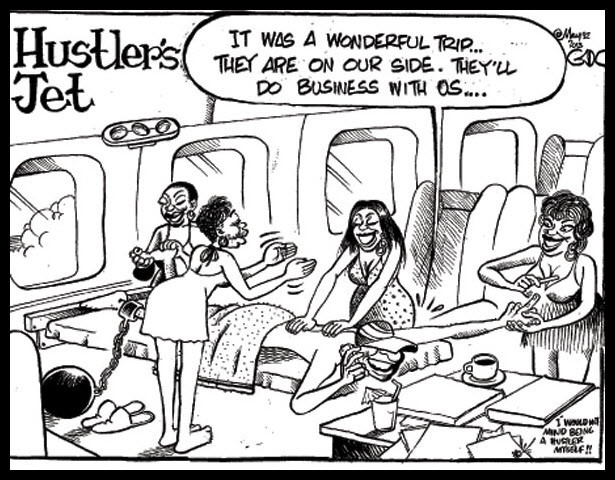 The Ethics and Anti-Corruption Commission (EACC) has ended investigations into the 2013 hiring of a luxury private jet for Deputy President William Ruto without charging anyone despite acknowledging that procurement irregularities were committed.

In its statutory quarterly report in the Kenya Gazette, the commission disclosed that it had submitted a report to the Office of the Director of Public Prosecutions (ODPP) on September 30, 2020, “recommending that the inquiry be closed with no further action.”

“Investigations revealed that no staff of Office of the Deputy President (ODP) personally benefited from the award of the tender to E-ADC Limited. There was no loss of public funds as the deputy president’s trip had been sanctioned by the President,” the EACC said. 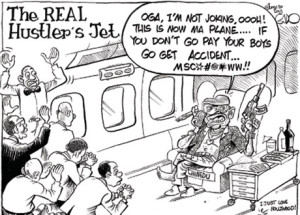 Dubbed the Hustler’s Jet, the scandal of the Bombardier 850 Challenger was the first major fraud of the Jubilee administration, coming early in their first term just a month after the President and his deputy were sworn in. It caused a nationwide uproar over the cost of hiring the private jet at what was initially reported to be Sh27 million. The whole trip to Nigeria, Gabon, Ghana and the Congo in May 2013 is estimated to have cost taxpayers Sh100 million.

But the EACC said the sum of money in question was only Sh18.6 million. The plane, reports stated, come complete with a mahogany ﬁnish and all-leather interior. The jet has a bedroom at the rear for VIPs, wireless internet and a fully equipped kitchen.

Yesterday, the Deputy President reacted to the good news about EACC closing the investigation by declaring that he had been vindicated.

“This vindicates what we said all along that the procurement process was above board and the money paid was not the exaggerated figure that was peddled around. We cannot fight the war on corruption through media headlines, false information, propaganda and malice,” the DP said through his spokesman David Mugonyi.

The jet was hired to be used by the DP in his shuttle diplomacy to the four African countries in the Jubilee government’s campaign against the International Criminal Court (ICC). At the time both President Uhuru Kenyatta and Dr Ruto were fighting crimes against humanity charges at the ICC over the 2007/8 post-election violence and the trip was meant to lobby the governments of those four countries to support Kenya’s campaign against The Hague-based court through the African Union (AU). Aides of the Deputy President were accused of inflating the cost of hiring the private jet by Sh8 million, claims that the DP’s office denied.

The investigations by the Public Accounts Committee (PAC) of the National Assembly into the leasing of the jet became the centre of political wills between the opposition and the ruling Jubilee party.

The PAC report had recommended that four senior officers in the deputy president’s office, including the then Chief of Staff Marianne Kitany, be investigated for flouting procurement rules over hiring of the jet. Others who PAC had identified for further investigations were Abdul Mwaserah (administrative secretary), Evans Nyachio (senior assistant director of supply chain management), Paul Kamau (senior finance officer) and Simon Okoth (supply chain management officer).

According to EACC, the investigations revealed that after the trip was confirmed, Ms Kitany asked Mr Mwaserah to procure the jet for urgent travel. The organising team that was subsequently formed considered several bids and awarded the tender to E-ADC as the lowest responsive bidders at Sh18.6 million. “Investigations revealed that procurement breaches were committed but this was largely due to the urgency of the trip. It was established that the trip was urgent and that it was practically impossible for the procurement to have met all the requirements of the Public Procurement and Disposal Act, 2005 within the time the travel was scheduled,” the commission stated.

Yesterday an elated Ms Kitany who was forced to leave office over the Hustler’s Jet scandal said she had been vindicated by the EACC report.

“This was one of the accusations that had been levelled against me and remember I stepped aside because of this. I am happy that I have been vindicated. It has now come out clear that it was not Sh100 million but Sh18 million,” Ms Kitany told the Saturday Nation.

The EACC is required by law to publish quarterly reports setting out the number of reports made to the Director of Public Prosecutions (DPP).