Eating meat in Kenya: All you need to know 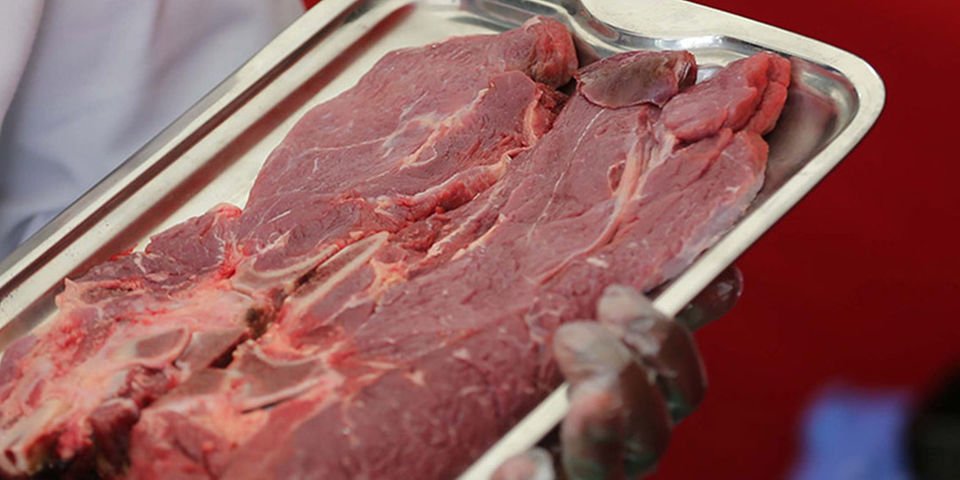 Meat is one of the oldest traded commodities in the world. In Kenya, it is a widespread delicacy.

In ordinary traditional settings in the country, livestock keeping has two key levels of significance. In addition to being an avenue for subsistence, the practice carries cultural value in the sense that livestock is a measure of wealth and a medium for marriage transactions. However, with increasing urbanisation and civilisation, livestock rearing is widely commercialised today.

The growing demand for meat and increased sophistication of consumer preferences is changing the outlook of the meat industry. Rigorous breeding programmes aimed at achieving high feed conversion abilities over shortened periods of time to feed meat-thirsty populations are here with us. More slaughterhouses and abattoirs have come up.

But the emergence of roadside chicken slaughter and processing stations, especially in high population settlements and extremely busy cattle abattoirs, have introduced a modern food safety threat into the food chain. In many of these places, personal and premise cleanliness is seldom observed, often owing to the reality that slaughterhouses require volumes of water – a scarce resource – to maintain the required hygiene standards.

To slaughter a goat in a commercial slaughterhouse, one requires at least 20 litres of water, 10 litres for poultry and 100 litres for a cow. In view of this, a majority compromise hygiene, allowing pathogens into meat, which happens to be a good medium for harmful organisms to thrive if the handling is not hygienic.

There are elaborate laws in Kenya to safeguard consumers. The Meat Control Act regulates how livestock is slaughtered, inspected for human consumption, and how meat is transported. The regulations even dictate that no meat should leave the abattoir when hot and freshly slaughtered.

Meat should be chilled to achieve core temperatures of 8-16 degrees centigrade. This allows it to settle and lower its pH from 6.8 to 5.4, thus creating an acidic environment that fights harmful micro-organisms.

There are other private sector standards such as HACCP and ISO, which stipulate even more stringent hygiene measures to ensure safety of meat products. These are globally accepted standards.

A majority of meat retailers in Kenya hang or place carcasses in non-temperature controlled cubicles or display glasses. Common meat retail players include the estate butcheries, supermarkets and hotels.

Kenya’s per capita meat consumption is estimated at 14kgs against a global average of 31.6Kgs and Africa’s average of 25.1kgs. Arid and semi-arid regions produce about 80 percent of the country’s meat basket.

Most meat retail outlets operate under minimal stocks for the day and add little or no value addition. The common practice is where walk-in customers ask for good meat and a unit of measure.

Thus, it is said that in Kenya, we do not have meat butchers but meat cutters. The story is changing though, with the entry of modern supermarket butcheries and upgraded estate outlets, that are now differentiating meat into specific cuts for different recipes.

The most preferred meat type, according to a Kenya Markets Trust (KMT) report, is fish, followed by beef, chicken, goat. Pork is the least popular.

Sadly, with lack of consumer information on differentiated meat cuts, especially with the red meat, you find a consumer who buys beef fillet and cubes for stewing, or gets T-Bone steak for boiling. Even worse, an Ossobuco, which is best boiled, is sometimes cut it into cubes and fried.

Lack of adequate infrastructure and skills to enable meat retailers in the informal meat retail channels discourages any meaningful meat value addition. Poor hygiene standards and practices in a majority of hot chain butcheries results in high losses due to inefficiencies in operating costs, associated with stock management and low value addition.

Investments in a proper cold chain and hygiene and food safety standards should be pursued. It creates more money by enabling value addition and differentiation, reducing wastages, enabling creation of more valuable products with increased shelf life, as well as improved consumer confidence and traceability.

KMT identifies this as a leverage point towards catalysing growth in the meat market systems. In the last seven years, KMT has supported Neema Slaughterhouse to implement the HACCP standard. Today, Neema Slaughterhouse is a market leader that attracts export markets. It became the first HACCP-certified community-owned local abattoir in East and Central Africa.

Neema Slaughterhouse brags to serve seven export markets, mainly in the United Arab Emirates (UAE). It also has slaughter contracts for butcheries that value their customers and their business by keeping high hygiene standards.

Estate butcheries that have witnessed the transformation of the meat sub-sector on safety standards and have seen value, are continually investing in modernising their facilities.

Presently, KMT and GIZ’s Business Scouts for Development programme commissioned by the German Federal Ministry for Economic Cooperation and Development (BMZ) and implemented by the Deutsche Gesellschaft für Internationale Zusammenarbeit (GIZ) GmbH, are partnering in further developing the meat processing sub-sector through a pilot one-year programme that will see meat companies in Kenya benefit from improved technologies, expert handholding, and new technologies.

We jointly believe that the infusion of world-class technical expertise and technologies will drive innovation and improve the competitiveness of the meat processing sub-sector, leading to a healthier population, job creation and securing incomes and livelihoods of many households.

The Dagoreti slaughterhouses – a complex of a number of local abattoirs – have not been left behind. They have been investing in educating their staff on hygiene and safety standards, in cold rooms/chillers and in modernised meat transport carriers.

The media has also played a role in driving consumer education and awareness around meat safety and quality, thus promoting and creating demand for more hygienically handled products.

Investment in a modern butchery would cost between Ksh4-6 million. Such an investment will enable minimum profit margins of 30-40 percent from meat cuts and about 70 percent margins from value-added products.