Edward Ndichu claims to have Covid-19 , fails to take a plea 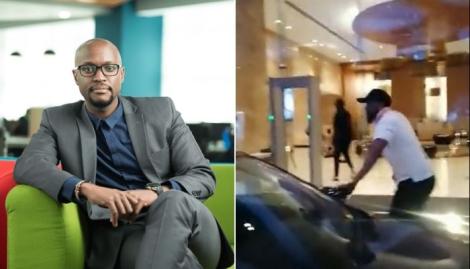 Edward Ndichu failed to plead for a third running after claiming he had tested positive for Covid-19, according to a Kibera court.

This comes after he was unable to take a plea due to his employer’s refusal to grant him time off to attend court.

His brother, Paul Ndichu, has previously been charged, but Edward has chosen to ignore the charges once more.

According to their counsel, the defendant caught the illness on March 12th.

“One of the accused persons is in quarantine isolating himself after showing some symptoms related to Covid-19, while Edward contracted the virus on March 12. We expect them out on March 26,” the lawyer informed Kibera chief magistrate Ann Mwangi.

As proof, the lawyer presented the court with Edward’s Covid-19 certificate.

According to the charge sheet given in court, Paul and Edward vandalized Samuel Dennis Ramdas’ motor vehicle side mirrors, which were valued at Sh87, 000.

On Wednesday, the court heard that Paul attacked Cheryl Murgor at the Emara Ole Sereni Hotel in Nairobi, inflicting her physical damage.

On the same day, time, and location, he is also accused of assaulting Patrick Koech.

He also allegedly attacked Stephanie Murgor and Cheryl Murgor, according to the indictment document.

At the same hotel, Edward is believed to have attacked Samuel Ramdas.

The court disagreed with the plea and ordered that the case be heard on March 30th.

Brittney Caldwell, an American woman who sold her home in the United States to teach in Kenya