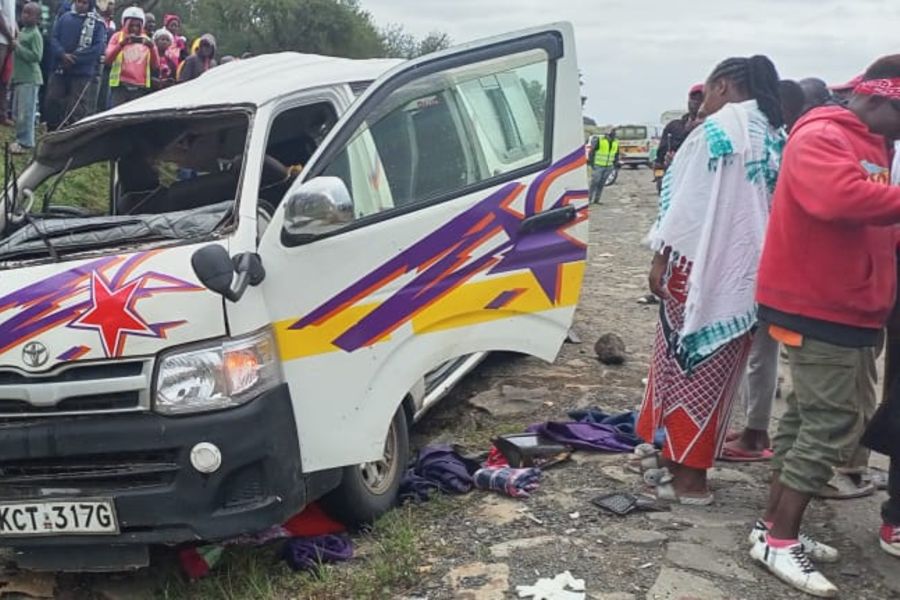 On Tuesday evening, a horrific highway collision involving two matatus and a trailer at Ngata Bridge on the Nakuru-Eldoret road claimed the lives of eight people.

One of the matatus’ drivers is among those who passed away. The trailer’s driver made it out safely.

At least 16 people were seriously hurt, and they were taken to Nakuru Level Five Hospital to receive medical attention.