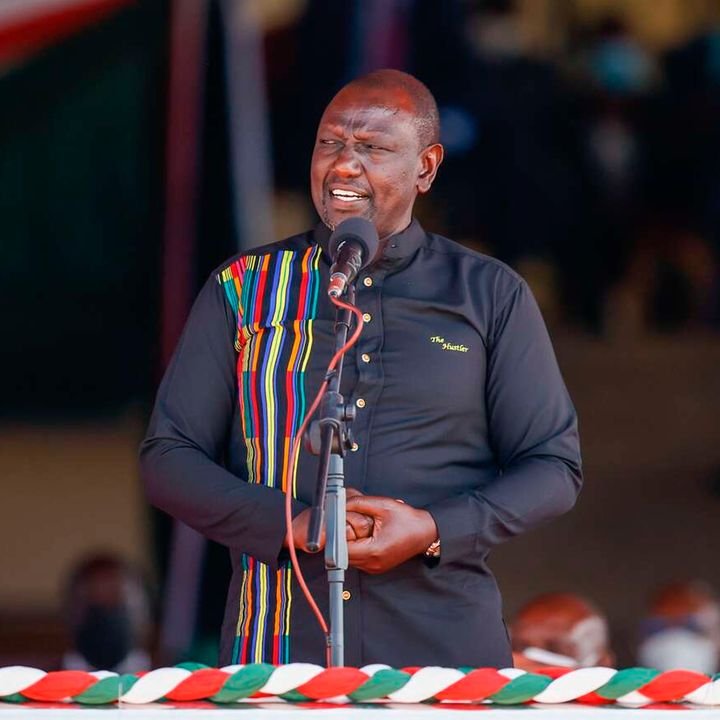 Preparations are in top gear for the coronation of Deputy President William Ruto as the Rift Valley kingpin by the Kalenjin Myoot Council of Elders, setting the stage for a bruising fight with his political nemesis Baringo Senator Gideon Moi.

The Myoot Council, the umbrella body of elders’ councils for all the 10 sub-tribes of Kalenjin — Nandi, Kipsigis, Tugen, Marakwet, Keiyo, Pokot, Sabaot, Cherang’any, Ogiek and Terik and also makes major decisions on the community’s leadership, had sanctioned DP Ruto to succeed President Uhuru Kenyatta early this year, dashing hopes for the Baringo senator.

Plans began by the Talai Council of Elders — the descendants of Nandi legendary leader Koitalel Samoei known to offer blessings and guidance to individuals, including politicians either seeking or holding high positions in the society — to crown the second-in-command to lead the community in high political stakes.

In late January, months after the Talai crowned Dr Ruto, Mr Moi also underwent coronation by a splinter group led by the embattled council’s vice-chairman Christopher Koyogi outside Kapsisiywa, the ancestral home of the Talai, an event declared inconsequential by Mr James Bassy, the Talai chairperson.

Once a leader has been blessed to eye higher office like what was done to Dr Ruto, Mr Bassy insists, it can never be repeated even if some individuals are not happy with it.

Mr Bassy defended the coronation of the DP, arguing that it had been backed by all the five sub-clans of the Talai — Kapturgat, Kapsonet, Kapsogon, Kapmursoi and Kapchesang.

READ ALSO  Here’s a safer, affordable place to keep your most valued items

Yesterday, the Nation learnt that after the country’s second-in-command undergoing the process and even being identified by the Myoot, plans for the 10 sub-tribes of the Kalenjin to crown him were now all set.

The Myoot began the preparations for the installation of the DP as the region’s political kingpin by installing the council’s chairperson, Mr Benjamin Kitur.

Mr Kitur yesterday told the Nation that after being endorsed by the elders from the 10 sub-tribes, he has embarked on the process of the coronation to be done immediately President Uhuru Kenyatta lifts the ban on political gatherings.

“At the moment, preparations are in top gear to perform coronation for the DP, a similar one to what was done to Speaker Justin Muturi recently….as elders from the Kalenjin community, we have all agreed that we have to crown Ruto as our political spokesperson,” Mr Kitur disclosed.

According to the Myoot chairman, the coronation of Dr Ruto could have taken place, but Covid-19 is prolonging the process. He disclosed that it will take place in public at Sports Club Eldoret, Uasin Gishu County.

“Ruto’s coronation will be a public event. We won’t do it secretly because everybody in Rift Valley knows that he is the political kingpin … immediately the Covid-19 cases go down, we will do it because at the moment, it is not good to be at loggerheads with the government. We are continuing with preparations,” said the Myoot elder.

DP Ruto will be adorned with the sacred community leadership regalia Sambut, Kuutwet, Sharit and Rungut, which makes him the kingpin of the Kalenjin nation.

READ ALSO  Why Mammito will not perform at Laugh Festival

A source within the Council revealed to the Nation that tentatively, the ceremony is to be held at the end of next month.

How you can get to USA as a smart student.