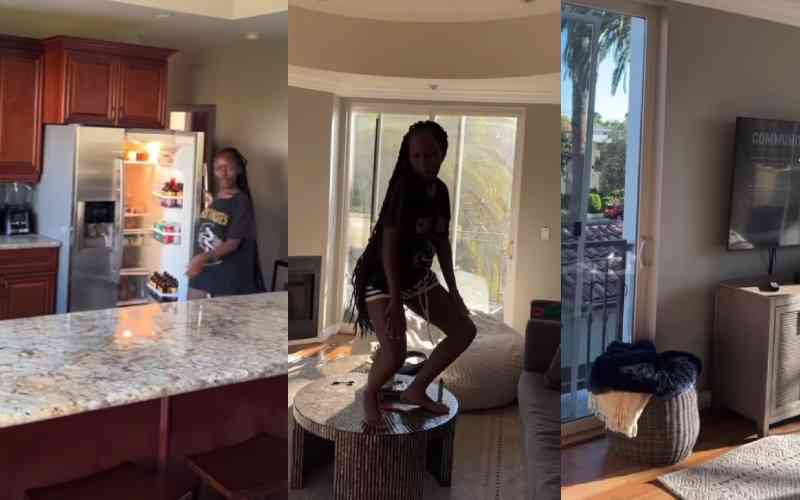 Kenyan comedian Elsa Majimbo has revealed that she has finally purchased a new home in Los Angeles.

The 21-year-old internet sensation disclosed on social media that she has been looking for the ideal house in Los Angeles for the last 12 months.  “After looking for a house in LA for one year I got the place… A new house and a happy girl,” she said.

The timing of her announcement coincides with rumors that she is expecting her first child. This came about after the Kenyan content creator hinted that she might be pregnant in a 9-second TikTok video that she posted.

Others say it was just a publicity stunt on the internet to get people talking, while some individuals think she is truly pregnant.

American television host and radio personality Steve Harvey declared earlier this year that he would assist Majimbo in her mission to take over the world through humor.

Speaking on his show Steve on Watch, Harvey urged Majimbo to pursue her aspirations, saying that he had always wished he could serve as the link between Africans and African Americans.

Majimbo, who was born and raised in Kenya before moving to South Africa and the US, said, she discovered her gift in high school, and her initial video did well online.